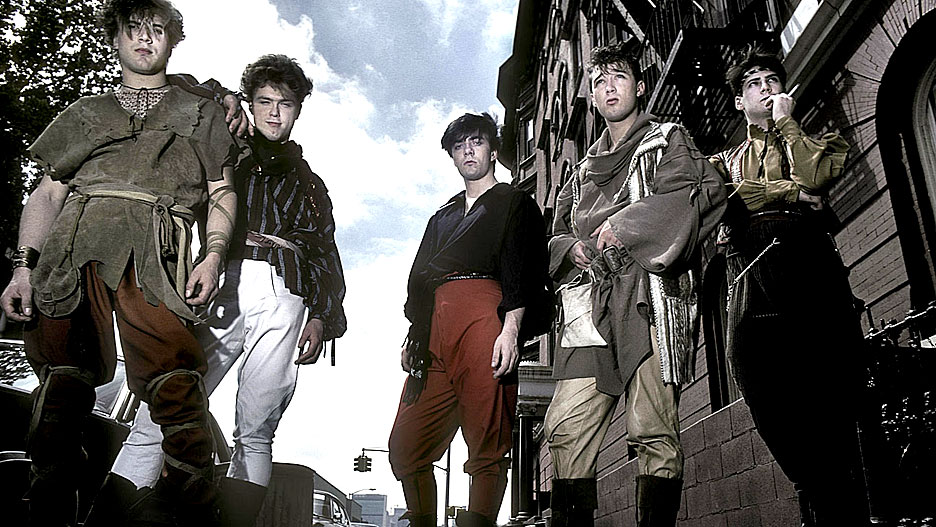 Spandau Ballet - impossible not to mention them and New Romantics in the same sentence.

Spandau Ballet – In Concert 1985 – Nights At The Roundtable: Concert Edition

Spandau Ballet – impossible not to mention them and New Romantics in the same breath.

Click on the link here for Audio Player – Spandau Ballet – In Concert at Irvine Meadows – April 19, 1985

With Spandau Ballet’s recent appearance at SXSW and performing in concert in the U.S. for the first time in 28 years, I ran across this concert from the halcyon days, during the height of the New Romantic movement, when Spandau Ballet and New Romantic were synonymous with each other.

Performing at Irvine Meadows in Orange County, California on April 19, 1985, Spandau Ballet brought the New Romantic movement to the West Coast. Beyond the fashion statement though, Spandau Ballet were (and still are from all reports), one of those engaging mashups of Blue-eyed Soul, New Wave and Synth-Pop, which were one of the most successful bands to come out of the 80s.

Tonight’s post should give you a pretty thorough emersion in what Spandau Ballet were all about in the mid-1980s. Running just a little over 100 minutes, it covers all the bases up to 1985, between the Parade and Through The Barricades albums.

So, if you’re just discovered them, or are in the process of getting re-acquainted with a band you missed over the years, here’s an excellent opportunity to hit the play button, crank up the volume and catch it all.

Good way to kick off the week. But don’t take my word for it.