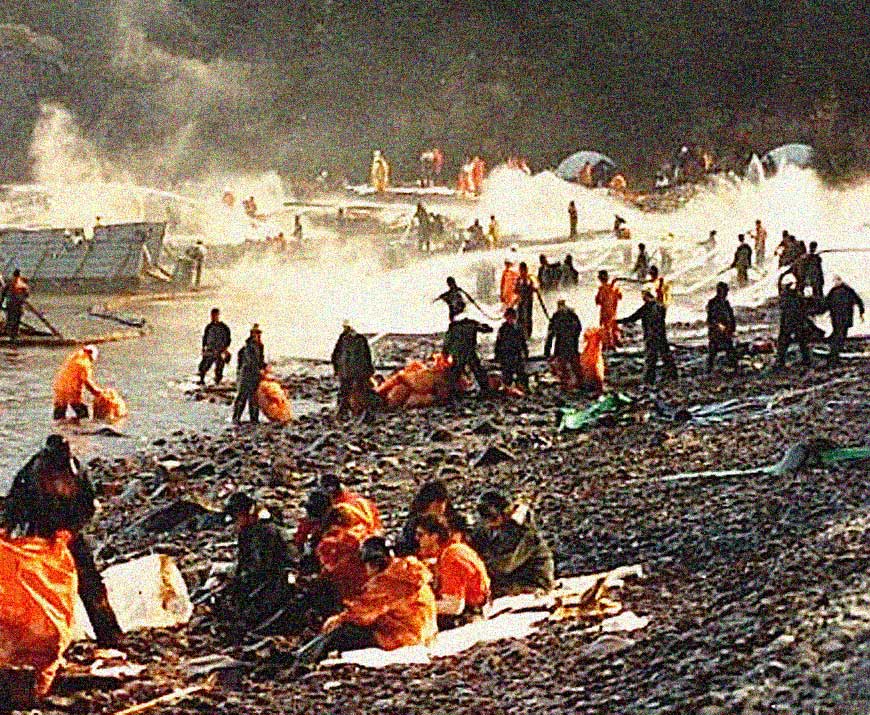 To which Exxon went "oops".

To which Exxon went “oops”.

For the week ending, this March 26, 1989 – much of the “big ticket” news had to do with vague, unconfirmed Terrorist threats received by the State Department ahead of Easter Week, where Spring travel abroad was anticipated. The threats threw the Airline industry into panic mode as airports tightened security and reservations to European destinations were cancelled in droves. The alert was scheduled to continue until the end of April.

The other “big ticket” news came in the form of the War on Drugs where the Supreme Court handed down decisions as to the constitutionality of drug testing Railroad and Customs workers. SCOTUS upheld decisions to compel Railroad workers to take drug tests, saying the safety of the traveling public outweighed any privacy of the employees. The same was upheld for Customs workers, saying the government had a compelling interest in insuring that those in the “front lines in the war on drugs” were physically fit and unimpeachable integrity and judgment.

Not having anything to do with the War on Drugs, but having a lot to do with impaired judgment based on being drunk, news of the oil spill in Alaska from the Exxon Valdez made news buried somewhere towards the end of this half-hour long newscast. The spill, the result of the Super Tanker running aground on Blight Reef and spewing some 11 million gallons into Prince William Sound on March 24th got a hefty 45 second sound bite. The Coast Guard indicated fears that containment would be difficult and the loss of Marine and mammal life resulting from the miles-long oil slick would be high. And that the environmental impact on Prince William Sound would be substantial. No word from Exxon.

And that was just a sampling of news that went on for this March 26th in 1989. For some of it, if you sneezed you missed it, for a lot of it; a nice-big distraction.

History is sometimes laden with smokescreens.