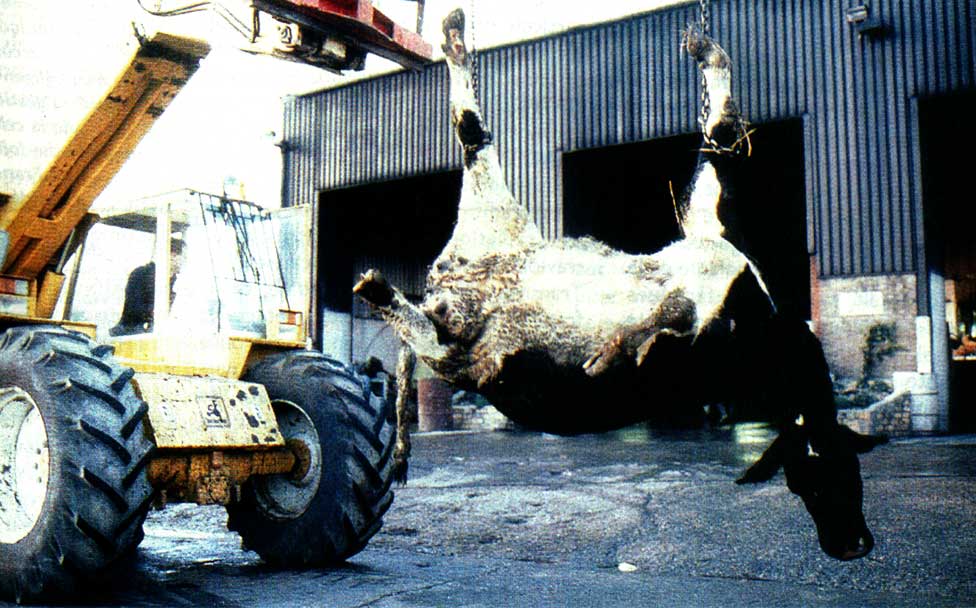 Further evidence there are no dull days in history, no matter when – March 28th in 1996 was overflowing with its fair share of uncertainty and  mayhem.

Starting with revelations that it was highly unlikely the assassin of Israeli Prime Minister Yitzhak Rabin acted alone sent waves of shock and outrage throughout Israel. And news that, once again, the fragile peace in the former Yugoslavia was precarious at best.

News that Europe was having to deal with the Mad Cow epidemic and all the ramifications any outbreak like that would have on the economy, not to mention vast populations of cattle. Plans were underway to kill off all cattle older than 30 months. As a result, farmers were facing financial ruin – but then, the fear of Mad Cow disease spreading throughout the world upset people even more.

Tensions and upheavals in Nigeria, and hotspots bubbling under or overflowing in Africa.

Fears that Tuberculosis may become uncontrollable, as a new incurable strain was discovered, had health officials in a state of alarm.

In Brazil, rioting had broken out in a prison somewhere in the middle of the country, with word of hostages being taken.

In South Africa, thousands of Zulus took to the streets in Johannesburg to demonstrate on the second anniversary of the killing of 8 members of the Zulu Inkatha Freedom Party. The demonstrators carried spears, in direct defiance to a law banning weapons at demonstrations. Despite fears of a bloody confrontation with Police, nothing happened and all was peaceful.

The 11th International Conference on AIDS was getting underway, with at least some optimistic signs. New drugs were being tested with positive results. New blood tests were developed and talk of an AIDS vaccine were good signs, even though the numbers of people contracting AIDS was continuing to grow.

And controversy was brewing over the upcoming American release of the British film Trainspotting and its depiction of drug addiction. Many were concerned the film portrayed heroin use in a positive light, while others insisted the message was more anti-drug than anything else.

That’s  how this day on planet Earth rolled for March 28th in 1996 as presented by the PRI/BBC co-production The World.