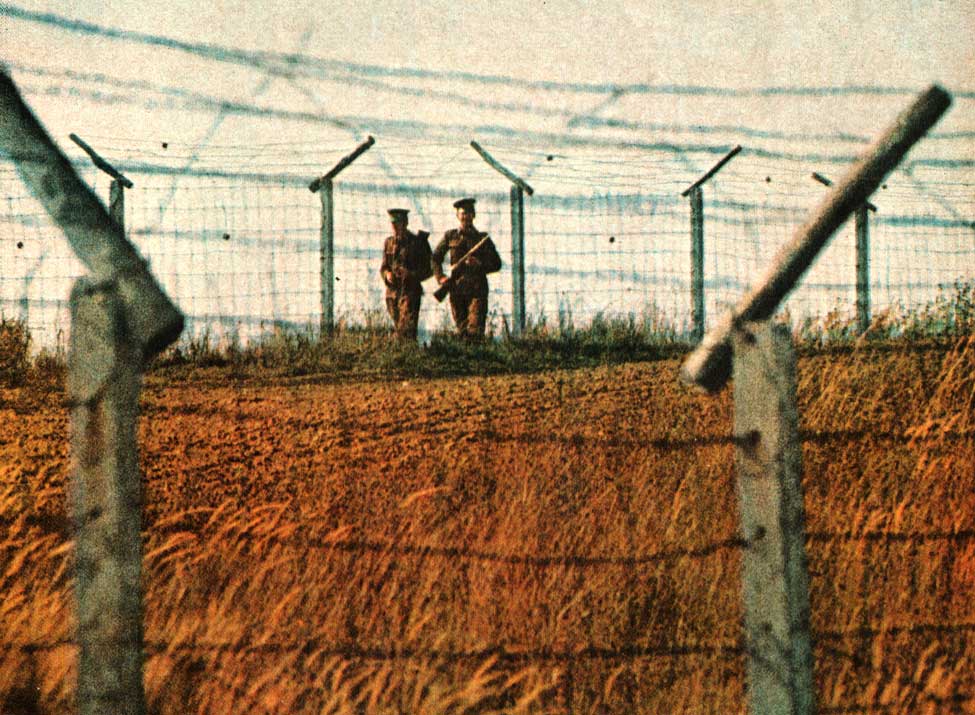 Inhospitable was a word and a way of life in the 1950s.

Inhospitable was a word and a way of life in the 1950s.

Click on the link here for AudioPlayer – CBS Radio – Unit One Production – The Green Border – May 8, 1953 – Gordon Skene Sound Collection

In the 1950s, as the Cold War raged, the war of words and the battle of persuasions was reaching fever-pitch. Beyond the almost constant state of fear and apprehension of an impending nuclear war, we were given repeated glimpses of just how awful life was on the other side of the Iron Curtain.

So all-pervasive was the Cold War mentality that credible figures in journalism were often recruited in these propaganda wars to lend an air of authority to the clear-and present fear that seemed to be with us most hours of the day and night.

And no less a credible figure than Edward R. Murrow was called on to narrate a piece on the plight of Cold War refugees for CBS Radio. The result was The Green Border, one of several documentaries CBS Radio and their Unit One Documentary division produced in the 1950s which concentrated on these Cold War fears. The previous week, CBS Radio aired another documentary, Bomb Target; USA, a one hour what-if, posing the question of how ready was the U.S. in case of an atomic attack from the Soviet Union.

All scary stuff. Which is somewhat ironic, since it was Murrow and CBS who weathered vicious blasts of Communist Sympathizer from Sen. Joe McCarthy during his infamous Witch Hunt period.

Shedding light on a very real drama, this documentary sought to illustrate just how desperate the situation was, how difficult it was to leave the Iron Curtain and what lay ahead for the refugees who succeeded in their escape. A compelling piece of documentary work, ideally suited for Radio. Nonetheless, it was one more tool in the arsenal of Cold War weapons freely and liberally used in the 1950s.

Here is that one-hour documentary The Green Border, as originally aired on May 5, 1953.