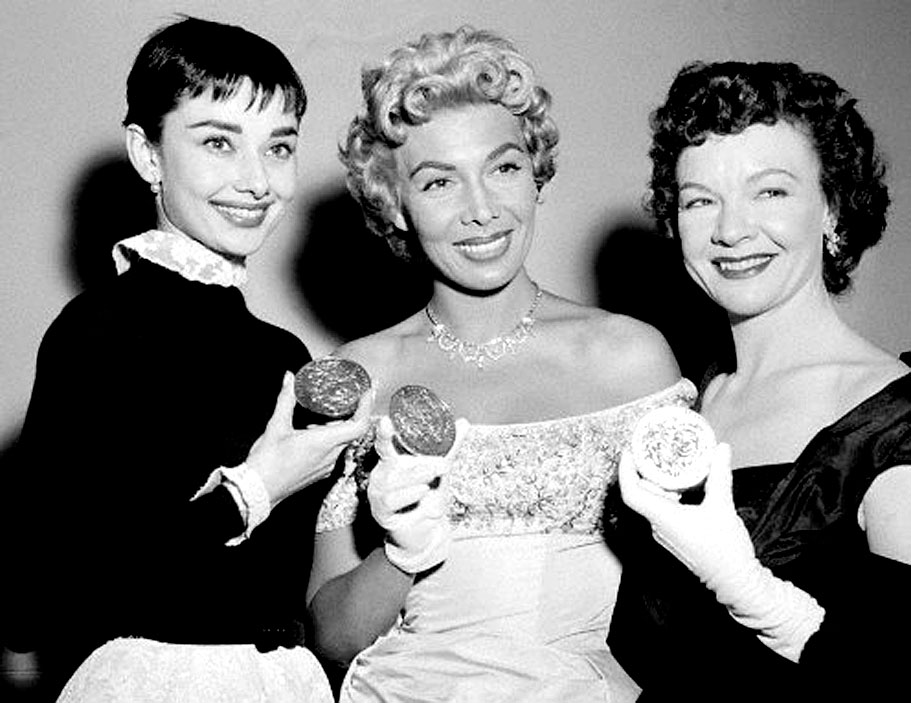 Hard to believe, but there was a time when Awards shows were strictly about the Awards and nothing else. Early Academy Awards ceremonies were in the form of a dinner and handing out Oscars. No suspense, no musical numbers – just a table full of Oscars, handed out one by one. The same with the Tony Awards. The Antoinette Perry Awards were an annual event for accomplishments on Broadway, also in the form of a dinner and a table full of medallions, handed out one by one.

1954 was the 8th year the Tonys were held. And although most of the names will sound unfamiliar to a lot of you, a few pop up here and there who are completely recognizable and legendary. One name that stands out, of course is Audrey Hepburn, who won Best Actress for her performance in Ondine.

In a half-hour, 16 awards are presented, along with speeches. Pretty amazing when you consider how long the average awards show is now.

For a glimpse at how Broadway celebrated it’s own, sixty years ago this month, here is the 8th Annual Tony Awards, presented by NBC Radio on March 28, 1954.