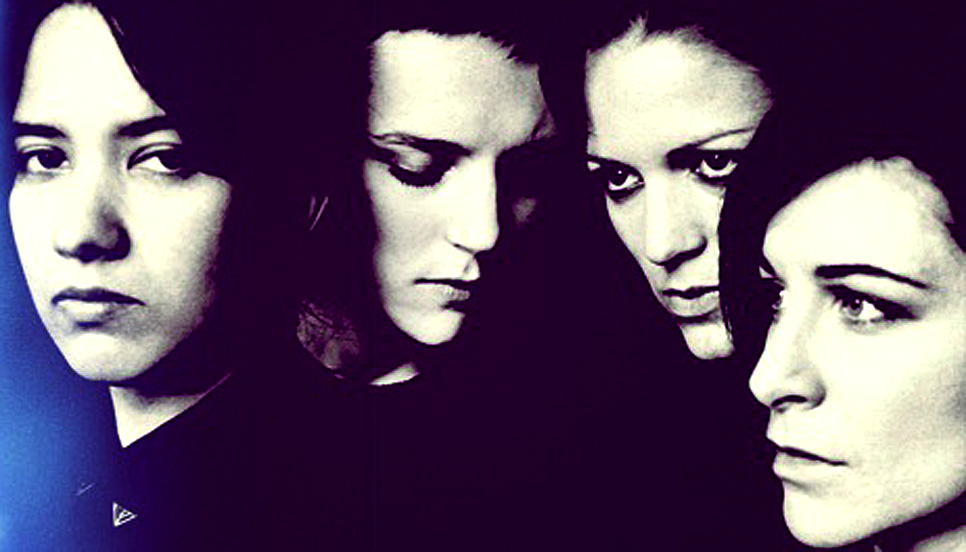 Savages – Live At Sveriges Radio – Nights At The Roundtable: Rock Without Borders/Concert Edition

Savages, four young women from London who rip the place to shreds, have been only together since 2011. In a short period of time they’ve gotten the attention of BBC6 Music, who proclaimed them Sound of 2013, a growing audience and a lot of critical acclaim as well as a stand-out gig at Coachella last year.

Could have much to do with lead singer Jehenny Beth who holds nothing back and gives 110% for performances. It could also be that Jehenny Beth (whose real name is Camille Berthomier) is French and, as we all know, French singers are not a timid lot – in the least.

Needless to say, this one hour concert is, recorded on March 12th by the venerable Sveriges Radio in Stockholm, a tour de force for this band of up-and-comers.

One thing you will notice (especially if you are going to crank this one up in the workplace or have your kids sitting next to you) is; Swedish Radio doesn’t really believe in censorship. Like the French, the Swedes are big on Art for Art’s sake. And if your song is laced with Fuck every word or two – then don’t expect anybody to hit the beep button. You wrote it – it’s your vision – it’s what you intended to say – they’re cool with that. And since their new ep is called Fuckers anyway . . . .

So . . . there’s a goodly amount of Jehenny yelling Fuck at the top of her lungs.

But that really shouldn’t bother you (unless, like I said, you’re at work or your kids are staring at the computer screen) – Savages are most definitely a band to watch in the coming months. They are intense and committed and everything an honest-to-god band should be. They are currently finishing up a tour of Europe. No word on what else is planned. But in the meantime . . . .

Check them out, if you haven’t already.