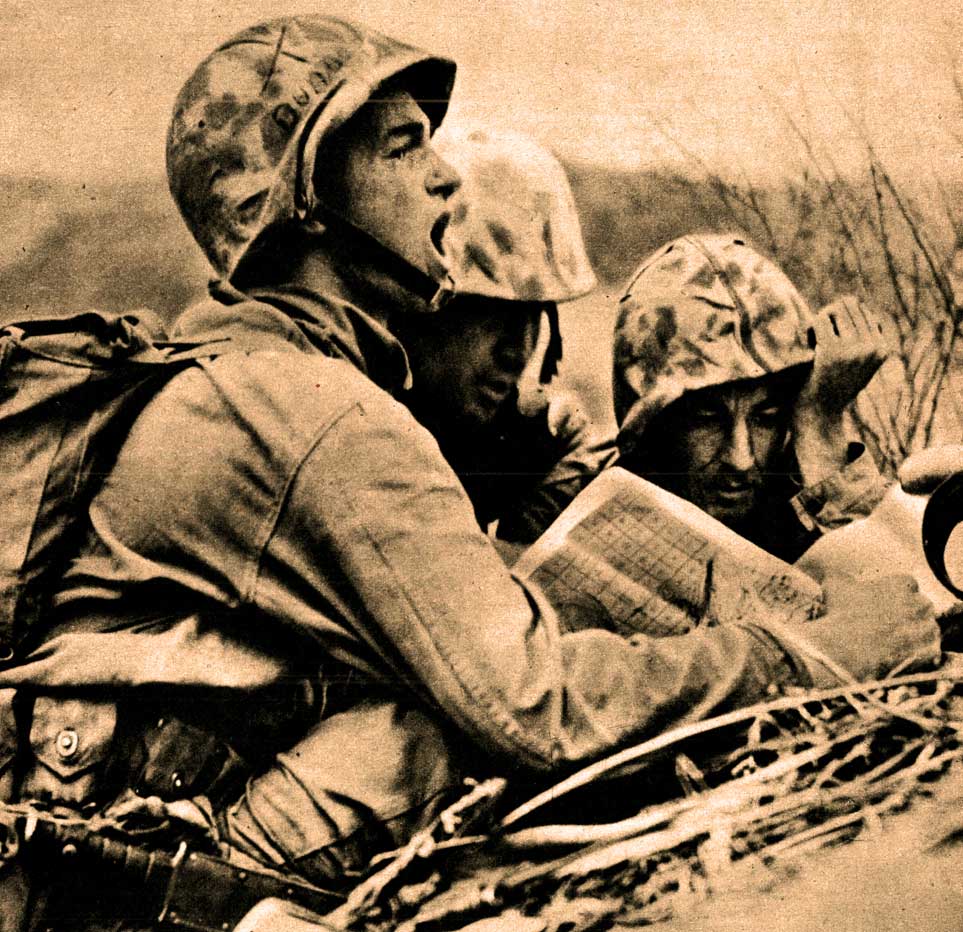 Still many miles to go before it was over.

Okinawa: Still many days and many miles to go before it was over.

Not foolin’ around:Become a Patron!

News for this April 1st in 1945 wasn’t about joking around. It was announced hours before this broadcast that Allied forces had landed on the island of Okinawa. The strategic objective was some 325 miles from Japan, and one step closer to ending the War and the largest operation in the Pacific involving some 100,000 .

On the other side of the world, the War was rapidly coming to an end on the Western Front, but fighting was still intense and German attempts at halting the Allied advances were proving fruitless. Still, casualties were high on both sides as Germans continued to mount counter-offensives. At last report, General Patton‘s Third Army was reported to be some 115 miles from Berlin, and had taken some 20,000 German prisoners in a one-day period.

At last count, it was estimated some 1.5 Million allied troops were now on the other side of the Rhine.

On the Eastern Front – some 60 miles of Austrian frontier was now in Russian hands with three Soviet Armies advancing on Vienna, having already captured some 70 Austrian towns along the way. Soviet armies were advancing through Czechoslovakia, on the verge of capturing Bratislava on their way to Vienna. German casualty reports were high and estimated to go much higher, with some 4,000 dead in a one day period. The number was expected to be much higher by the end of the day.

Meanwhile, back in the States – another Coal Strike was averted with the old contract left in place for another 30 days while negotiations were continuing. One point made clear by Union boss John L. Lewis was, any agreement to a new contract would have its wages retroactive to the contract freeze. The scramble was on to negotiate, with hopes it would be settled sometime that afternoon.

But despite the grumblings on the home front, the war was still going on and battles were still being fought, this April 1st in 1945 as reported by The NBC News Of The World.