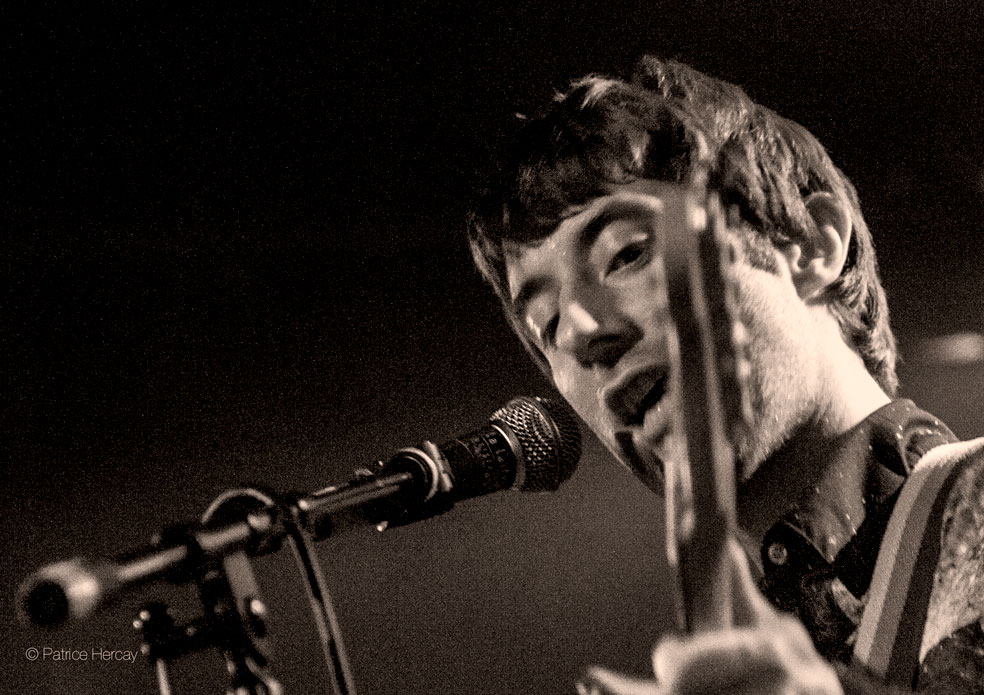 Creating a stir around France these days.

Creating a stir around France these days.

Someone (relatively) new on the scene. French Alt/Psych rockers Orval Carlos Sibelius, who have been causing a stir in musical circles, particularly the New-Psych Scene currently inhabited by Jacco Gardner, Syd Arthur and name artists Temples and Toy. Orval Carlos Sibelius is, by all reports, the alter-ego of one Axel Monneau who, after a debut in 2006 went dormant until just recently with the release of his (their) latest Recovery Tapes via Clapping Music, an indie label in France.

Reminiscent in places of the Canterbury Scene in the 60s (Caravan, Wilde Flowers, Soft Machine), Orval Carlos Sibelius is bringing a fresh take on the scene and is fitting in quite nicely with the rest of the Paisley Explosion currently taking place.

Currently on tour, with three dates in the UK, but primarily staying on the Continent, word of Orval Carlos Sibelius is spreading all over. They are schedule to play the Liverpool International Festival of Psychedelia this coming September.

As a sample of what you may be hearing (if they/he ever come to the U.S.) , here is  a recent gig, from the Festival Nouvelle Scènes in Niort France. Recorded on March 22nd. I think you might consider this one of the first of the Festival Season entries.

It promises to be an exciting year.

But in the meantime, crank this one up and sail into Wednesday.