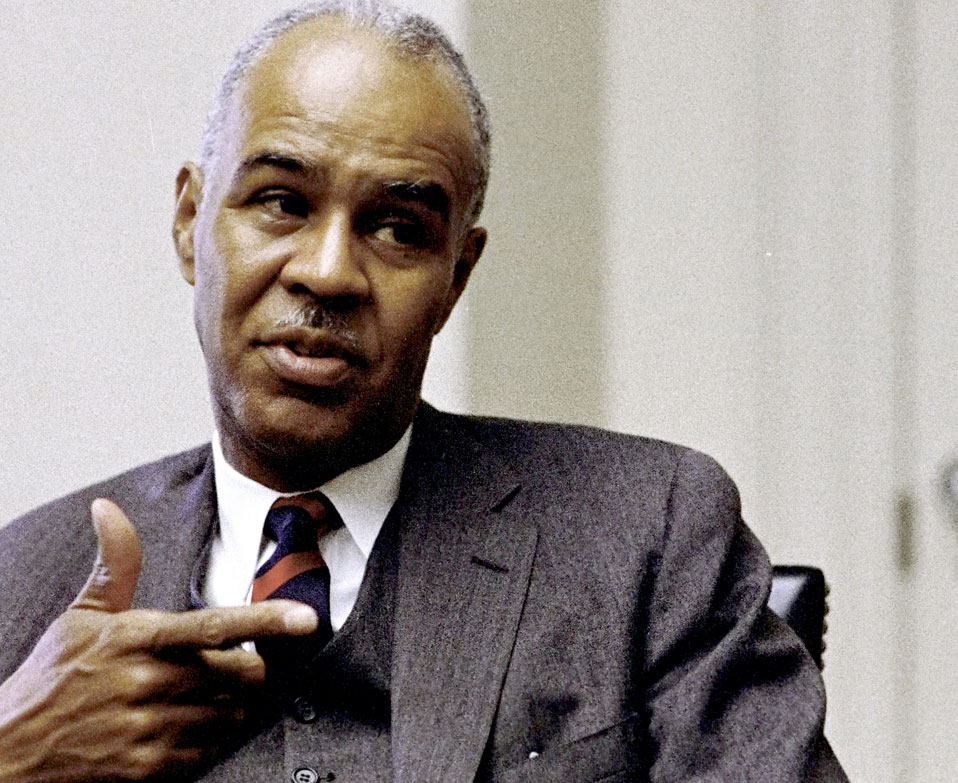 Contrary to what is often said in some circles as a time when such landmark legislation as the Voting Rights Bill and The Civil Rights Bill of the 1960s being the panacea, feel-good/make-everything-okay period of time in our nation’s history, it was merely the beginning of a long and often times bloody struggle for a piece of the American Dream. A struggle that continues to this day – a struggle that has, over the years illuminated the bitter division that has become so much of the fabric of our national consciousness.

In 1964 the Civil Rights Movement was gaining momentum. With the Great March on Washington in 1963 serving to illustrate the injustices, rather than fix them, the question of racial equality in the U.S. was facing division, even within the ranks of the Movement itself.

Representing the moderate wing of the Civil Rights Movement was the NAACP, headed  up by Roy Wilkins. He was fearful the Civil Rights Bill would be watered down, the result of political in-fighting on Capitol Hill. With an election year looming, and with such far-right figures as Barry Goldwater vying for the Presidency and with the visibility of such groups as The John Birch Society and Alabama Governor George Wallace fueling the flames of racial resentment, there was legitimate cause to believe either a backlash would take place, the Civil Rights Bill would be gutted and a Summer of violence would be the result.

So thrust with the onerous task of keeping the movement on point, and not bending to the voices from the extremes, Wilkins set out to make the case for supporting the Civil Rights Bill as a step towards a positive and long-lasting result.

In this interview, from the ABC News series Issues and Answers, Wilkins fields questions from Howard K. Smith regarding the provisions of the Bill. Wilkins is adamant in pointing out that the Bill, as written, needed to stand. He was optimistic that, ultimately it would. But getting there was also part of the struggle.

No easy task, the cause of Civil Rights in this country during the 1960s. To say it was anything but is doing history a huge disservice.

Here is that interview with Howard K. Smith and Roy Wilkins, from April 26, 1964 from ABC’s Issues and Answers.