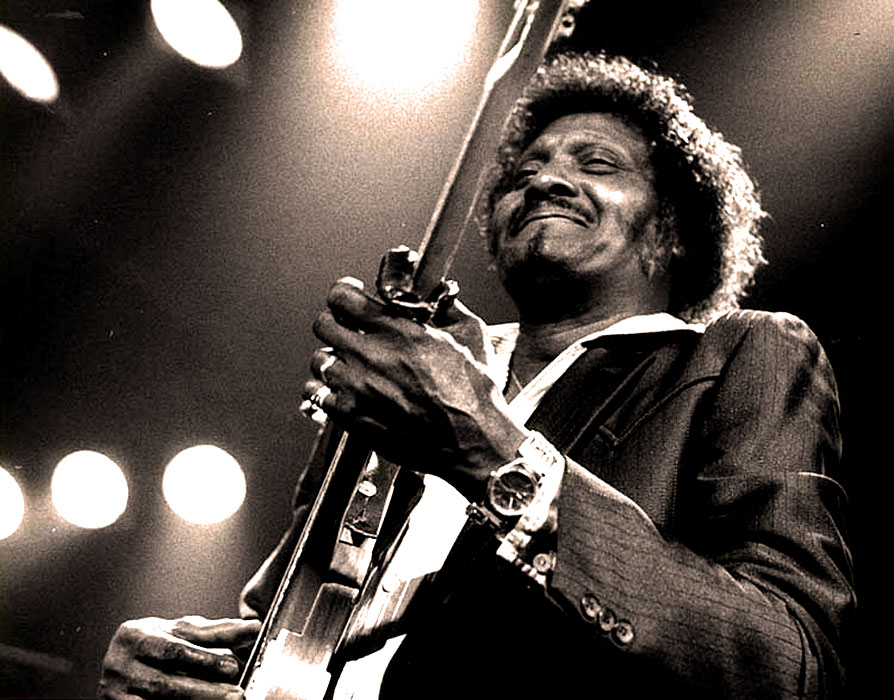 Albert Collins - Master of The Telecaster.

Albert Collins – Master of The Telecaster.

Putting Hump-Day in a Blues vein tonight. A classic concert from the legendary Albert Collins, recorded at The Montreux Jazz Festival in 1992, by the venerable Radio-Television Suisse.

Sadly, Albert Collins would leave us a year after this concert, and leave us way too soon. But in the time he was with us he was one of the most influential Blues guitarists on the scene, having been the inspiration and guiding force behind many musicians, including Stevie Ray Vaughan and Robert Cray. His distinctive style was part of that core of Texas musicians which included the likes of Johnny “Guitar” Watson, Johnny Copeland – following in the footsteps of Guitar icon T-Bone Walker.

With a long and celebrated recorded legacy, with many of his concerts (including this one, which was released the same year as the concert) available in one form or another, Albert Collins leaves behind an indelible mark on the school of Blues Guitar.

If, for some weird reason, you missed him the first time around, you really need to check out his vast catalog of  unforgettable music.

For now, dig the concert and the energy – it will have you coming back for more. I promise.