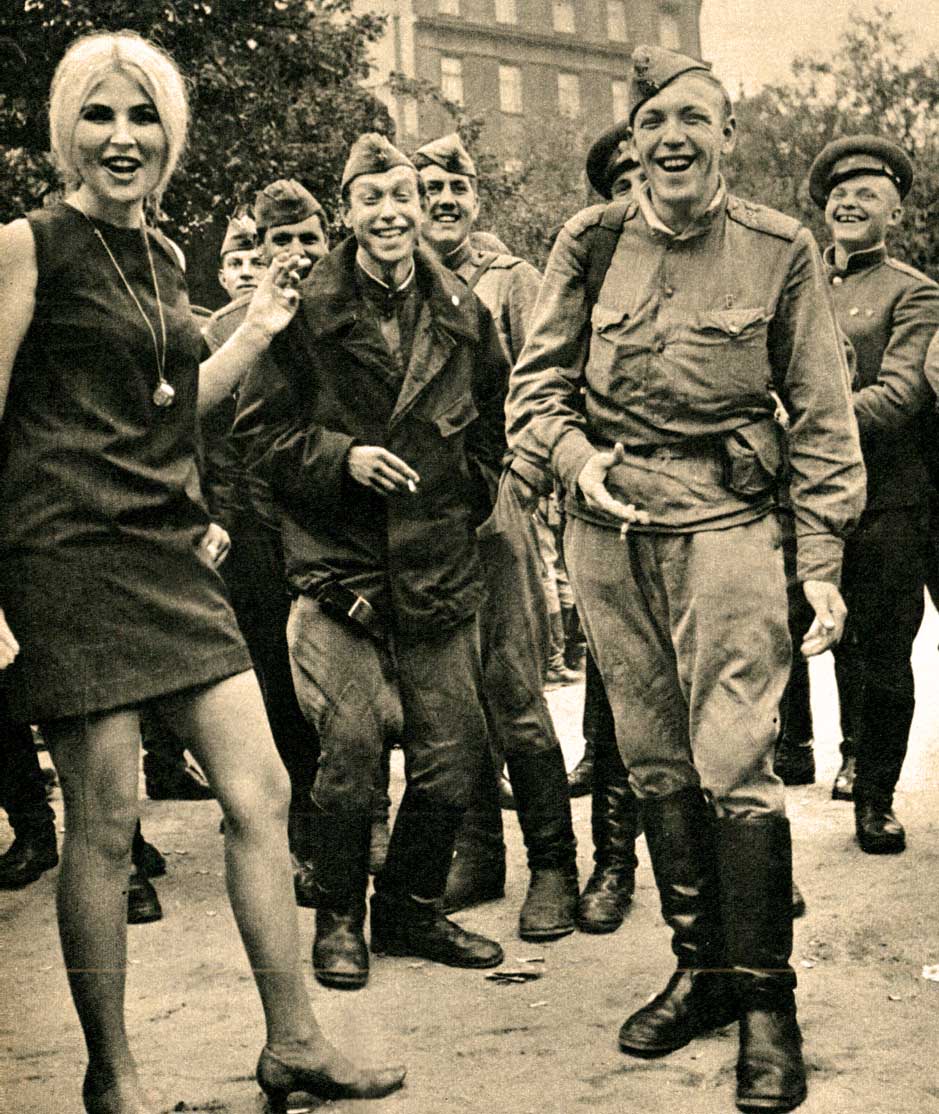 So much for Prague Spring.

We’re From The Kremlin . . .We’re Here To Help – Soviet Invasion Of Czechoslovakia 1968 – Past Daily Reference Room

As a reminder that the situation in Crimea and The Ukraine are not new and provocative moves made by Moscow towards neighbors, has been a thing of repeated history for the last couple of centuries..

In 1968 the world was faced with a similar situation when Moscow decided the experiment in Czechoslovakia; “Socialism With A Human Face” or “Prague Spring” as it came to be known, was a genie best put back in The Kremlin bottle.

With the pretext of “Prague asking Moscow for assistance” in order to thwart what was a growing revolution in the satellite, Moscow sent troops, aided by additional support from other Warsaw Pact countries, in putting an end to the experiment.

Shocking as it was, there was little that could be done about it by the West, aside from economic sanctions and stern warnings via the UN. It was a repeat of episodes years earlier in Poland and Hungary and East Germany, where workers revolts were dealt extreme blows by totalitarian forces.

In 1968 we were preoccupied with our own set of ugly circumstances. Vietnam was becoming a major issue of contention and division in the U.S., and growing unrest was leaving many cities in a state of urban chaos. So we were really in no position to be the world’s police-force.

But there were factions who thought we needed to offer a military solution to the Czech problem – that the only way to turn the situation around in Eastern Europe was to counter it with force.

Luckily, the saber-rattling on our parts was only bluster. But the situation remained – Socialism With A Human Face wouldn’t appear again until Glasnost and Perestroika two decades later. And by then, the whole game changed plans.

But that was the 90s, and we couldn’t know any of that in 1968. Here is a documentary produced by NBC News as part of its Second Sunday series on Radio – titled; Revolution In Revolt, it offered background on the tense and shaky relationships between Moscow and the East European Bloc countries bordering Russia. How history often repeats  – maybe not exactly the same way, but with eerie echoes.