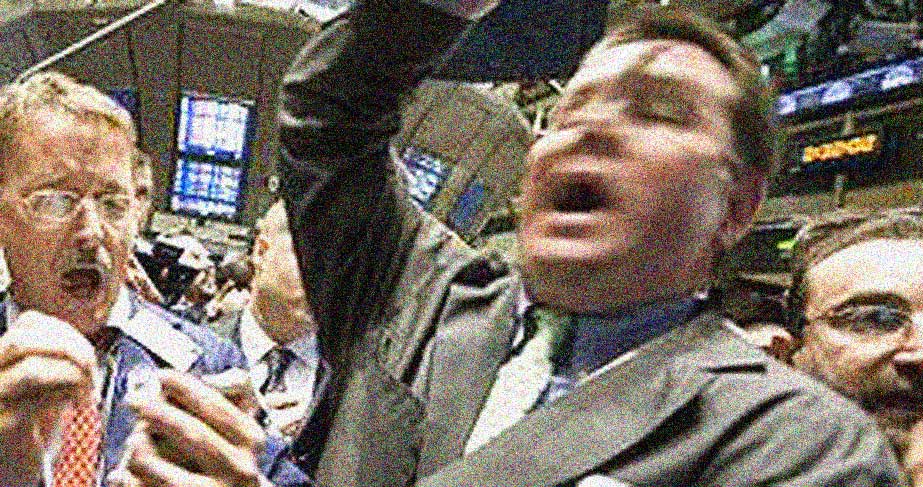 And by the time it takes to exhale . . . billions gone.

And by the time it takes to exhale . . . billions gone.

Another panicked day on Wall Street, this April 4th in 1994. Hot on the heels of a three-day weekend where investors had plenty of time to be whipped up into a frenzy, the nosedive continued as the opening bell sounded with sell orders stacked up over the weekend, triggering safety brakes and calls for calm. Nobody had a clue how the day was going to end.

Meanwhile, in the frenzied world of mergers; Grumman approved Northrup’s bid in a deal that would net some $2 billion. However, competitor Martin-Marietta was anticipated to sweeten its deal, and possibly take over both Northrup and Grumman. Anticipation had speculators buzzing with many of the belief that only the biggest Defense Contractors will survive in the new Post-Cold War era.

And with mergers come jaundiced glints of impropriety – Woolworth’s Chairman and CEO William Lavin and CFO Charles Young stepped aside while investigations took place over allegations of “book-cooking”.

On an optimistic note – the Middle East Peace process was looking up, with Syria joining in the negotiations, taking place in Cairo. Noted was the shift the negotiations were taking from talk to action, and fingers were crossed all around.

Not so optimistic was the situation in Bosnia, with reports by UN Refugee officials that Bosnia Serb authorities stood by as some 20 non-Serbs were killed over the past few days. Investigations were promised as well as evacuations.

Everything shaky – everything frenzied, this April 4th in 1994, as reported by The CBS World News Roundup.