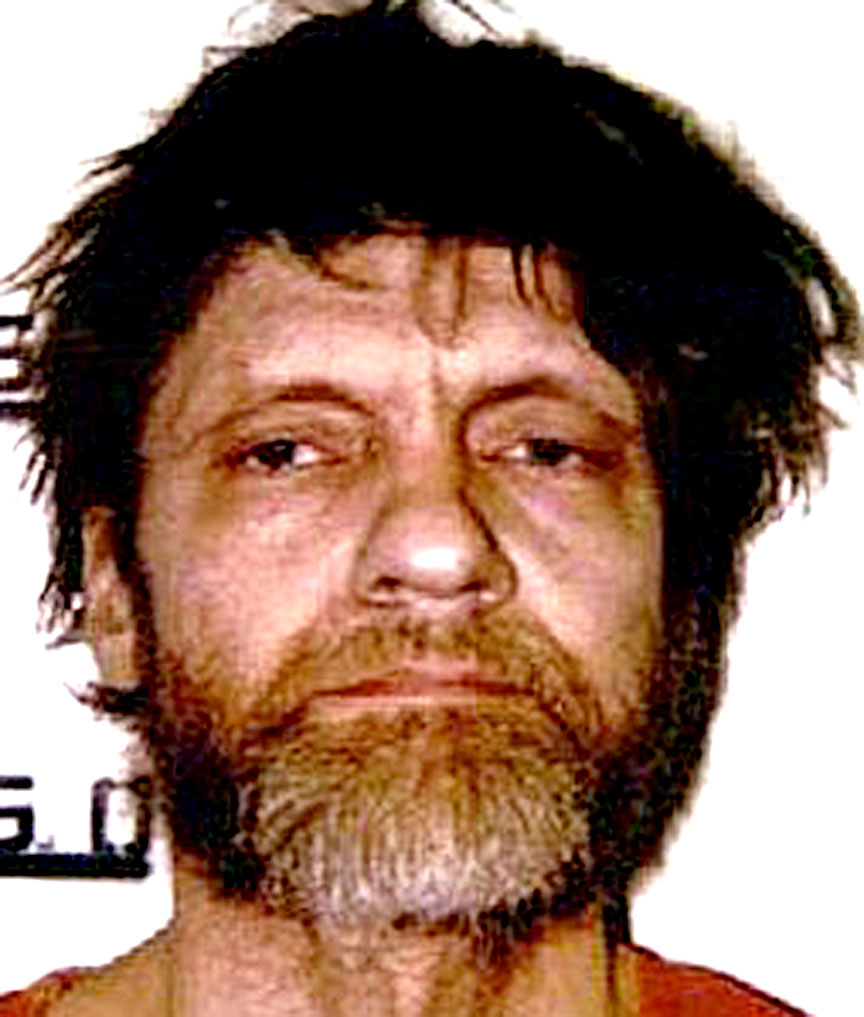 The Unaomber. Tip of a very skewed iceberg, this week in 1996.

Would you buy a used typewriter from this man?

From news that notorious Unabomber suspect Ted Kaczynski was now in custody, and that Federal agents were gingerly going through his remote cabin, searching for clues and wary of booby-traps. Evidence was piling up, while neighbors of Ted the Hermit were expressing shock. Not so, the people still left on The Unabomber’s list.

While that was going on, the standoff continued outside the Free Men Ranch in  Garfield County, Montana. The gun-toting Separatist group, making their own laws and printing their own money, ran afoul of local officials who, with one Sheriff and one Deputy, were powerless to stop the dozen or so heavily armed militia, so they called in the Feds. Negotiations ensued.

The death of Commerce Secretary Ron Brown in a plane crash sent shockwaves all through Capitol Hill. Brown, and 34 others were also killed when the plane they were traveling in, crashed into a mountain on approach to Dubrovnik airport, were heading to Croatia as part of a promotion for U.S. companies to do business in Croatia and make investments in the region, recovering from a bitter civil war. Tributes poured in, and President Clinton paid special tribute to his friend and supporter.

President Clinton also paid tribute to the victims of the Oklahoma City bombing, which happened nearly a year ago this week, and to celebrate the rebuilding process taking place on the site of the Alfred P. Murrah Federal Building, ground-zero of the deadly truck-bombing which took some 169 lives.

Also paying tributes were many friends and colleagues of former Mayor Carl Stokes of Cleveland, who died earlier in the week from complications of Cancer at 68.

And shades of Rodney King echoed all through Southern California this week in 1996 as several Sheriff’s Deputies were videotaped hauling a driver and passengers out of a truck, carrying suspected illegal aliens, and beating them severely after they were arrested and handcuffed. Riverside Country Sheriff’s were reported to have suspended the accused officers pending investigation.

All that, and a whole lot more for the week, ending this April 7th in 1996, as reported on ABC Radio’s World News This Week and News On The Hour.