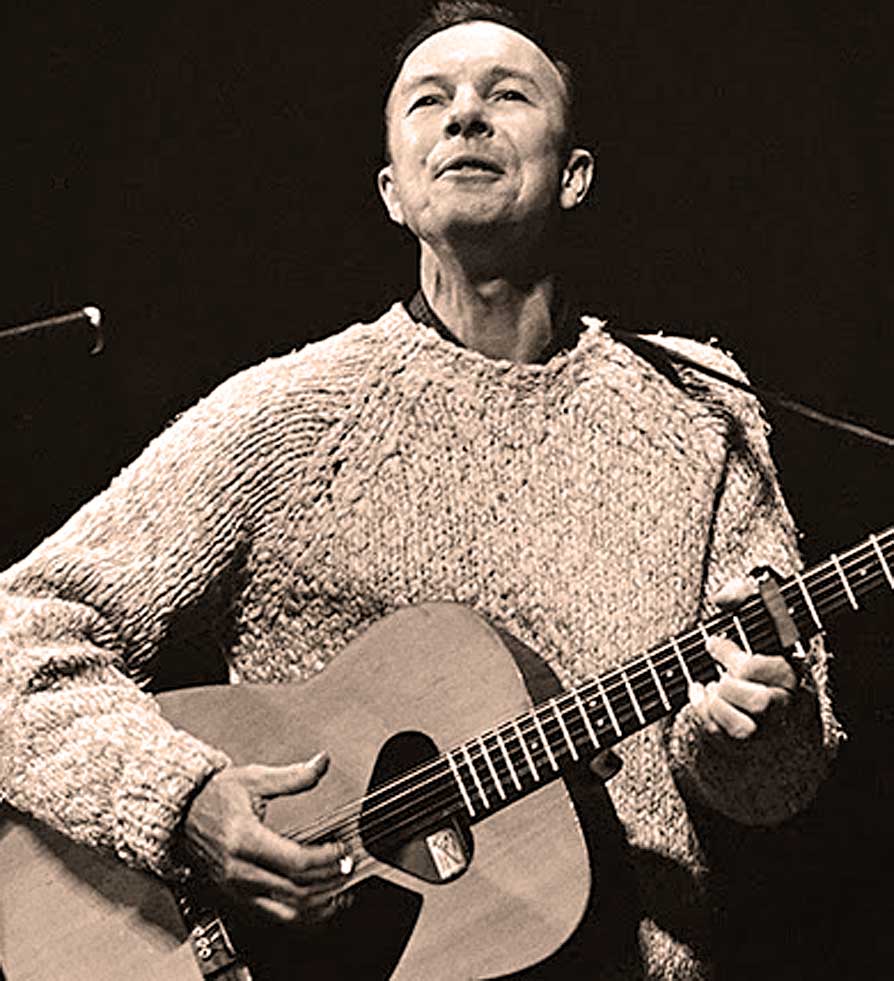 No stranger to, and never shied away from, controversy.

No stranger to, and never shied away from, controversy.

Certainly no stranger to controversy, Pete Seeger had more than his fair share of incidents where his right of speech and his freedom of expression were brought under fire by those people deemed more ignorant than most. Still, when Seeger was asked in 1967 to appear on the Smothers Brothers Comedy Hour and chose to play Waist Deep In The Big Muddy, a song about incompetence and blind allegiance, it brought swift disapproval of the CBS censors, who ordered the song cut from the final version of the broadcast, fearing it had something to do with criticism of the Vietnam War and the Johnson Administration in particular.

Since Seeger had only recently began to appear on television, after a 15 year blacklisting by the infamous HUAC hearings, the censorship of his song was baffling, particularly to Seeger.

Here is an interview with Seeger, which hasn’t been heard, or thought to have survived, since it first aired in 1967 with news commentator Mitchell Krauss for the NET (Pre-PBS Educational TV network) program Newsfront, discussing the CBS censorship issue, along with a published report in the New York Times regarding the incident and Seeger’s reactions to them both.

From the Newsfront broadcast of September 13, 1967 – an interview with Pete Seeger and Mitchell Krauss.