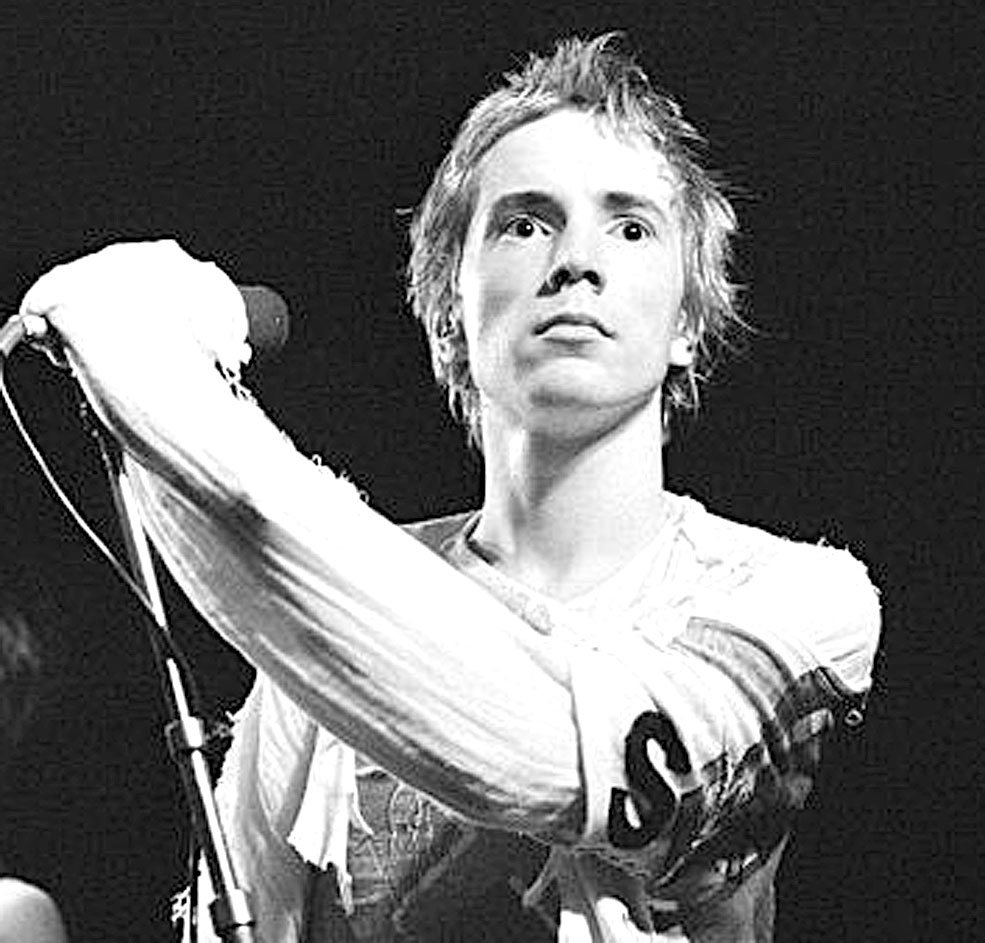 The inimitable Mr. Rotten - what began as a fashion statement ended up a social movement.

The inimitable Mr. Rotten – the face that launched a thousand spits.

Something historic tonight. Sex Pistols were one of those bands who will forever be known as the ones who propelled Punk to center stage. The antithesis of what had gone on before in Pop music of the 1970s. From the over-produced ballad and the stale arena-riff to a deconstruction of just about every aspect of Rock, except the beat.

The brainchild of entrepreneur and clothing boutique owner Malcolm McLaren, The Sex Pistols were a public reaction and a manifesto to what had become an overly self-conscious and hedonistic display of popular culture. What ensued quickly ran away with everyone’s expectations and signaled what would become a social revolution on a grand scale.

The Sex Pistols were smack in the middle of it. And even though they ushered in a flood of bands, cut from the same cloth, they are still looked on as being the ones who got everything started.

Regardless of who did what when, 1976 will go down as a pivotal year – the year the Big Change came.

There isn’t really a lot of concert material featuring Sex Pistols. Much of it is crudely recorded. I ran across some examples of the band from 1976, but the sound is just too bad to be anything but a dim example of what you would have to imagine one of the early concerts to be.

This one comes from 1977 and it’s recorded by the forward-thinking VPRO in the Netherlands. It’s not the complete concert – it’s a little over 12 minutes. But it gives a blistering example of what made Sex Pistols one of the most talked-about bands of the 70s.

In case you forgot – play loud.