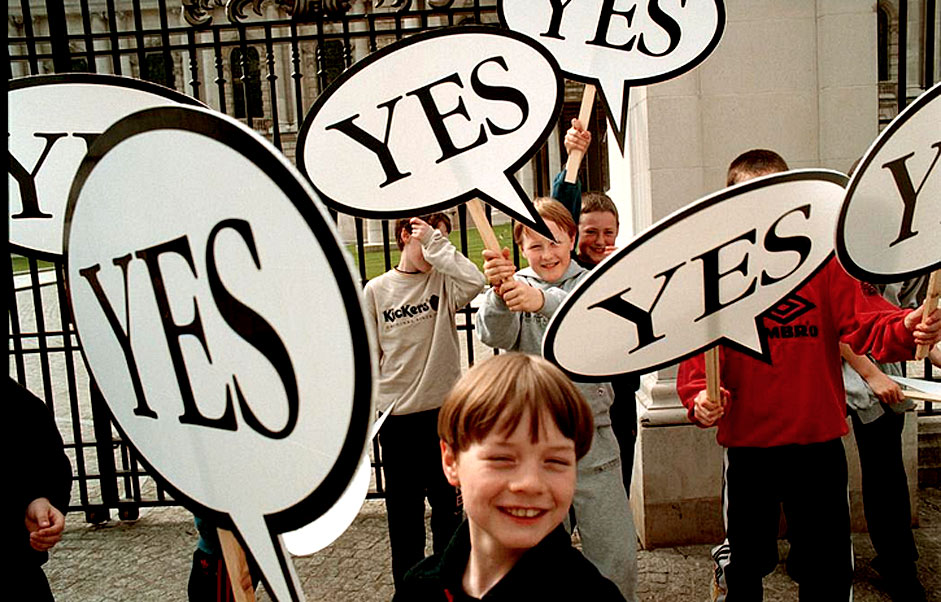 After decades of violence, untold numbers dead and two years of talks, it was looking very much like Peace would finally come to Northern Ireland.

On this April 10th in 1998, news spread that a tentative agreement was reached in the seemingly endless negotiations between the IRA and all its offshoots, and the British government over the question of Northern Ireland.

Dubbed The Good Friday Agreement, since the talks ended on Friday the 10th of April (in 1998), going some 17 hours after the stated deadline, the terms of the settlement were up for referendum vote in May. But the cautious elation that, after two years of contentious negotiations and over 30 years of continuous violence, some ray of hope and a long-lasting peace were within reach, were cause for celebration.

And while the news was hopeful for Northern Ireland, the news was less so for the rest of the world, this April 10th in 1998. Word that grave economic problems facing Russia were delivered in a speech by Prime Minister-designate Sergei Kiriyenko, ahead of a vote on confirming him to the office. There was speculation on whether or not Kiriyenko was the right person for the job, but Boris Yeltsin said he had no other candidate in mind. So “my way, or the highway”, as it were.

Rumor that former Bosnian Serb leader Radovan Karadzic, who had been in hiding along with Ratko Mladic, were on the verge of giving themselves up and that reports claimed Karadzic had been in contact with the War Crimes Tribunal in the Hague to discuss terms for his surrender.

Authorities in Saudi Arabia were continuing efforts to establish nationalities of at least 100 Muslims who were killed during a stampede on the last day of the Hajj Pilgrimage to Mecca.

All that, and a lot more for this 10th day of April in 1998 as presented by The BBC World Service Newsdesk program.