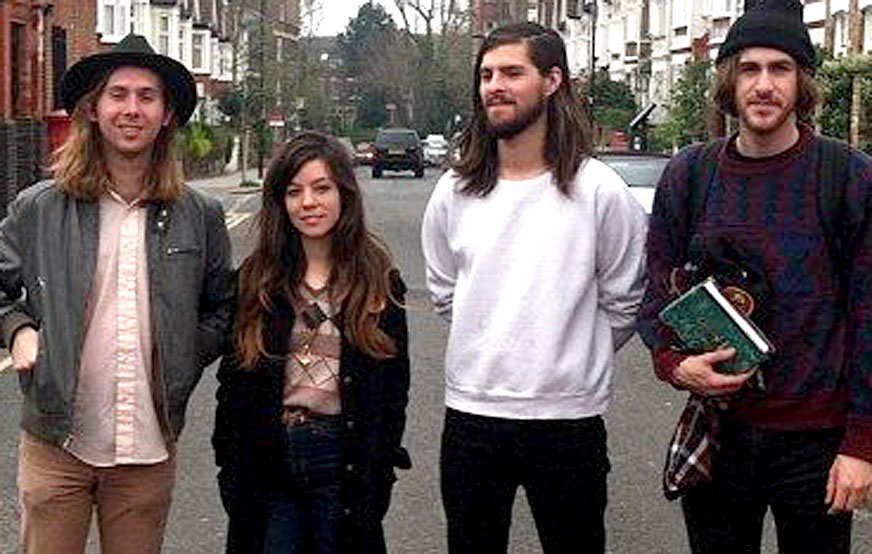 Currently plowing their way through Europe.

Quilt – In Session At Motel Mozaique 2014 – Nights At The Roundtable: Session Edition

Currently plowing their way through Europe.

Over to Motel Mozaique Festival 2014 in The Netherlands tonight for a session gig by Boston favorites Quilt, who are currently criss-crossing Europe on a Spring tour before heading back to the States at the end of this month to continue the non-stop pace.

Quilt met up while all students at Boston School and Museum of Fine Arts and arrived on the scene a few years ago,  coming out in 2012 with the critically acclaimed Mexican Summer, their second album since starting this endeavor in 2009.

Non-stop touring since the start of 2014, it looks like it won’t let up until later on this year. They did some West Coast dates in March, so it may be a while before they make it back over here.

But in the meantime, you can hear what you’ve missed and catch what they’re up to this past week.

For a band from Boston, they’ve got a very good handle on the Bay Area sound circa 1966. I wonder if that’s a coincidence . . . .or my imagination.