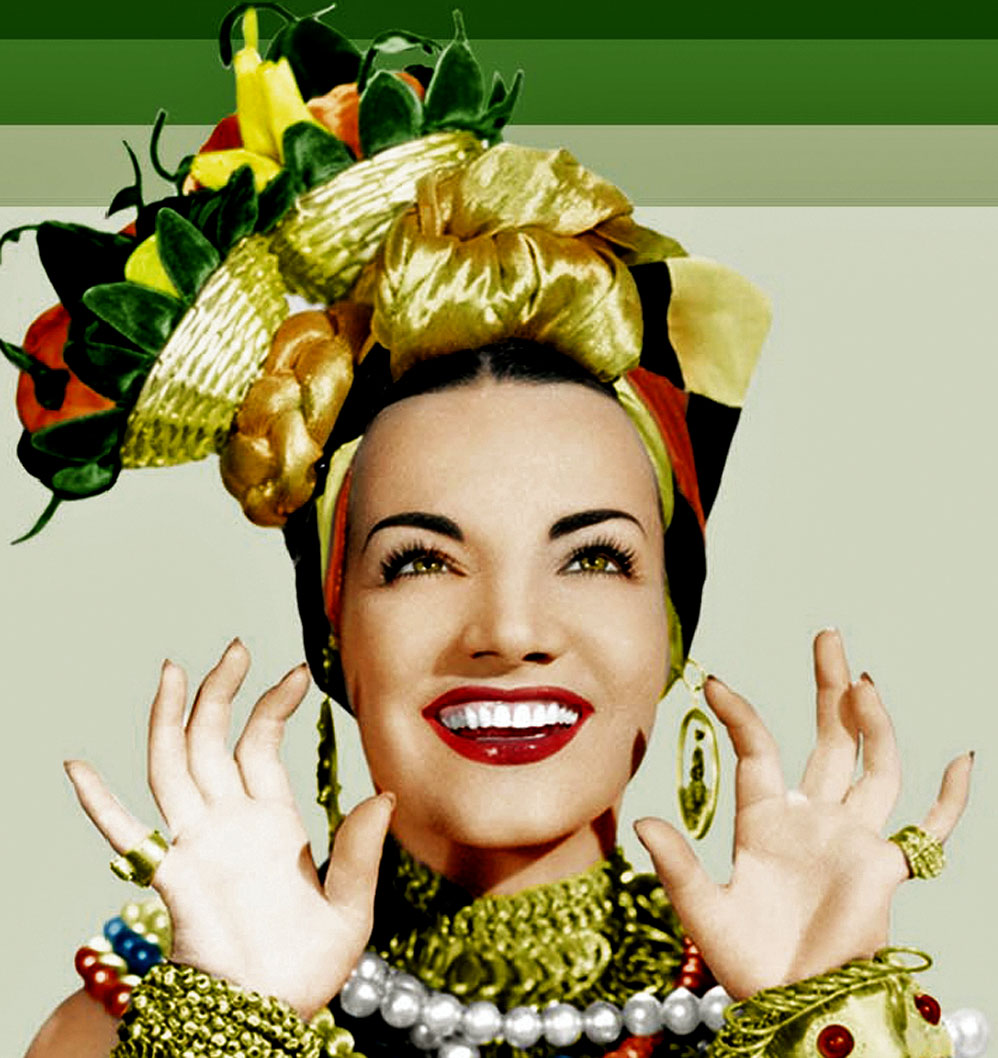 If you were around in the 1940s, you knew this face like the back of your hand.

An Interview With Carmen Miranda – 1952 – Past Daily Pop Chronicles

If you were around in the 1940s, you knew this face like the back of your hand.

No question, Portuguese-Brazilian singer Carmen Miranda was a household name in American entertainment throughout the 1940s and into the 1950s. Anyone who is a fan of the Technicolor extravaganza movie musicals have no doubt seen her. It’s difficult, if not impossible to miss her. Her signature platform shoes, her outrageous head-gear and her larger-than-life persona made her an instant icon to millions.

Aside from that, she had a long and very active stage and recording career. It would be safe to say her introduction to many American audiences to Brazilian music did a considerable amount to cast light on a fascinating and very rich musical genre. And she paved the way for many other Brazilian artists to gain popularity worldwide ever since. And her iconic fashion statement goes without saying. Not to mention her iconic presence has been inspiration to several generations of drag queens.

But, as with all artists and personalities of the past, their imprint on our culture tends to fade over time. And it would be safe to assume most people these days have no idea who Carmen Miranda was. Only vague hints surface when photos appear of Miranda in her trademark outfits or the occasional airing of one of her movies via TMC.

But to get a better idea of who she was, here is an interview conducted by Hollywood columnist George Fisher from July of 1952. The raw interview was intended to be cut up, with portions used for his daily radio show. She is being interviewed in connection with completion of shooting her latest film Scared Stiff, starring Dean Martin and Jerry Lewis, which would be released in 1953.

To give you a better idea of who in the world Carmen Miranda was, here is that 1952 interview.