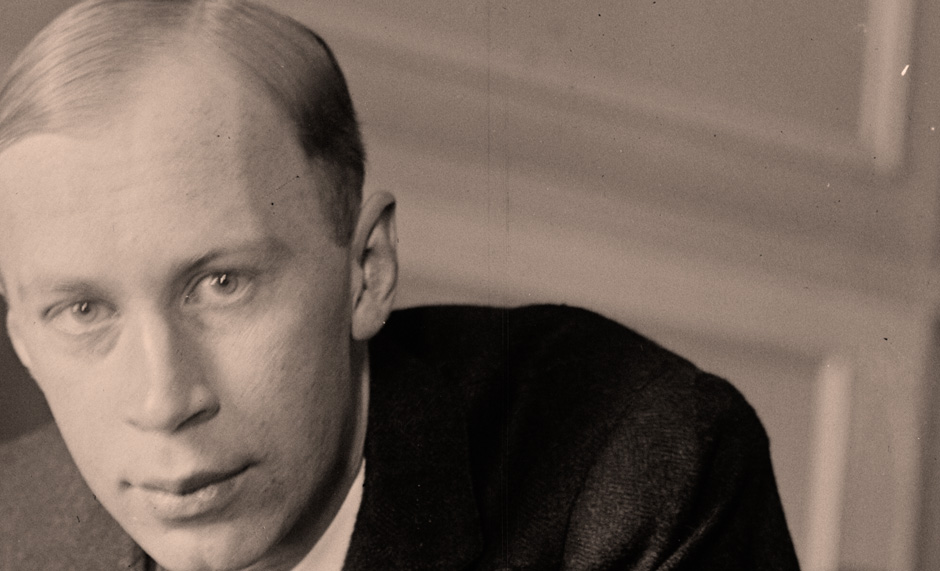 The BSO rehearses a premier of Prokofiev's Symphony Number 6.

The BSO rehearses a premier of Prokofiev‘s Symphony Number 6.

Another historic rehearsal from The Boston Symphony. This week it’s Charles Munch and the BSO rehearsing the first Boston performance of the Symphony Number 6 by Prokofiev. The rehearsal took place on June 16, 1951.

The Sixth Symphony dates from a more conflicted time, 1947: postwar Stalinism, the Cold War. It plays its emotions close to the vest. The Symphony was, surprisingly, well-received by the press and the cultural commissars when Evgeny Mravinsky conducted its first performance in Leningrad in November of ’47. By the time of the Moscow premiere, a month later, official attitude toward the arts and artists – Stalin unwittingly paid artists the great tribute of fearing their influence – had changed drastically. The notorious Congress of Composers, presided over by Andrei Zhdanov, Stalin’s artistic hatchet-man, was taking shape and would damn to hell the music and musicians who/which did not adhere to certain guidelines as to what was “morally acceptable.” As a foretaste of the Congress, the Sixth Symphony was cold-shouldered in Moscow. Later it – and its composer – would be scathingly denounced for having committed the cardinal sin of creating “anti-Soviet,” i.e., downbeat, or at best insufficiently upbeat, art.

The Sixth opens darkly, sternly (unlike its celebrated predecessor, the Fifth Symphony of 1944, or its successor, the Seventh of 1952 – the composer’s last), in the low strings with an idea more suggestive of some gigantic, lurking subterranean beast than the sun-dappled cornfields of Soviet official dreams. When it is followed by a gentle, innocently lyric theme, one might suspect that a sly parody is being played out. But that 6/8 tune in fact becomes the movement’s principal theme, developed in a manner than brings to mind Mahler (a composer more commonly associated with Shostakovich), transformed into something faintly menacing. The movement, like much of the Symphony, is unsettled, unsettling in the wide range of emotion – and tonality – presented.

Movement two opens with a cry from the heart, approaching hysteria when the woodwinds set up their shrieking. But, again, a contrasting melody, announced by the low strings, a “love theme” of the Romeo and Juliet (Prokofiev’s) sort, breaks the tension.

The finale begins in the composer’s purest fun-in-the-fields vein, with a Peter and the Wolf-like role for the clarinet, until, with a master’s subtlety, the first movement’s second theme – but at its least frivolous – begins to bubble to the surface. The vivace material is then reintroduced and the Symphony ends on a cheerful, E-flat, note.

As always, the rehearsal is narrated by Ben Grauer and, it’s not the complete performance, but rather a half-hour snapshot of the rehearsal of this historic work.

Enjoy – and get your batons out.