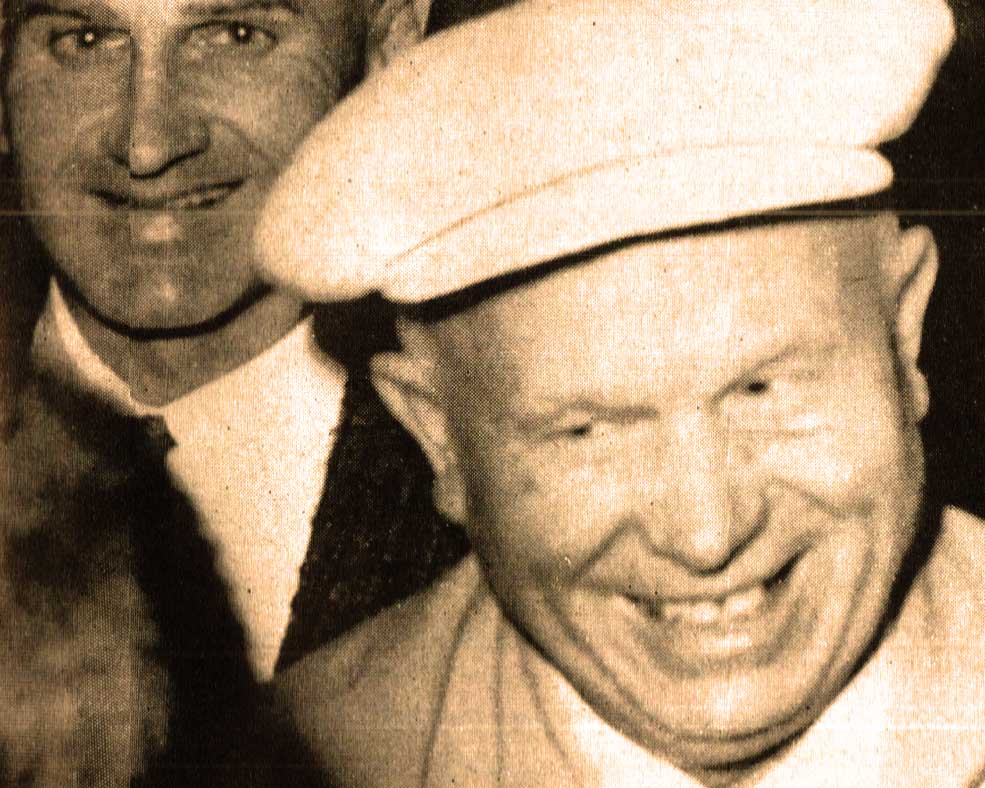 Always with a few tricks up his sleeve.

Always with a few tricks up his sleeve.

As the Kennedy Years started to unfold, the Cold War took on new aspects. The U-2 incident during the last months of the Eisenhower administration put a damper on what slow thaw had taken place in the years leading up to it. With JFK there was a certain amount of testing limits and reactions. The big bone of contention, aside from nuclear weapons was Germany, and specifically, Berlin.

With the talks in Vienna concluded, Nikita Khruschev went before the Russian people, in an unprecedented “report” on the results of the Summit meeting and on Cold War Issues.

Here is that special report, as it was broadcast as a Special Report from NBC Radio on January 16, 1961