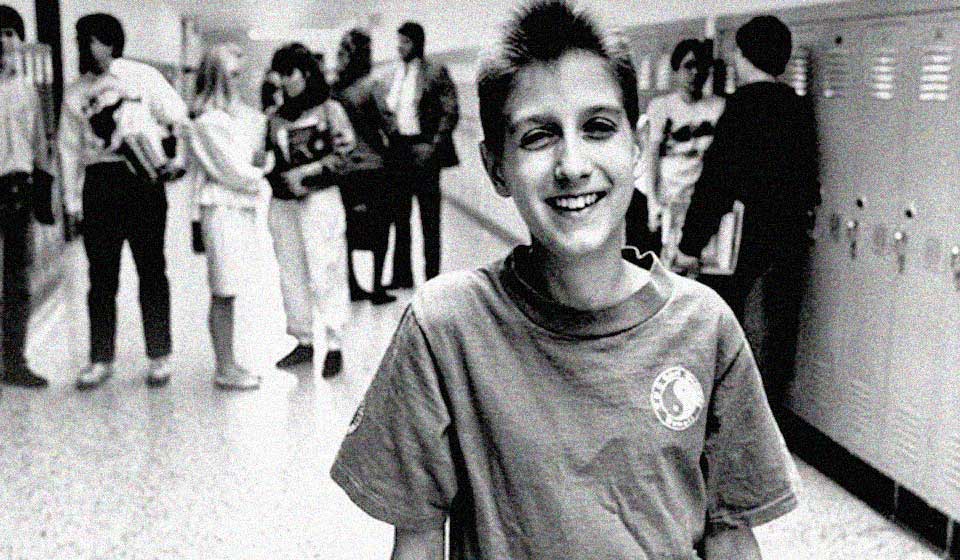 Just one of the kids.

Just one of the kids.

For the news of the week that ended on this April 15th in 1990, a lot of it had to do with what was becoming an increasing awareness and realization that HIV/AIDS had become a part of our culture – that anyone could get it, but that no one could get it by just being in the same room with someone who had it. The story of Ryan White and his battle with, not only HIV/AIDS but with fear, prejudice and small-minded thinking came to an end at the beginning of this week in 1990, finally succumbing to complications from the disease on April 8. He was buried on April 15, 1990.

Ryan White, who contracted AIDS through a routine blood transfusion for Hemophilia as a youngster in 1984, sparked a wave of fear, ignorance and paranoia which eventually turned his community against him, and forcing his family to move to another town.

All White wanted was to be treated like a normal kid – which, under the circumstances and the times, was virtually impossible. Nobody was certain how pervasive the disease was. So it was up to Ryan White to set the example. And despite whatever fears there were to the contrary, Ryan White put the face of Everykid on HIV/AIDS, and helped forge an understanding and acceptance of the deadly disease and focused attention on the pressing and desperate need for a cure.

But for Ryan White, the fight was over, but the battle continues.

And so went the news for this week in 1990, along with a vast collection of other stuff that put 1990 on the map, as reported by ABC Radio and their weekly, ABC World This Week for April 15, 1990.