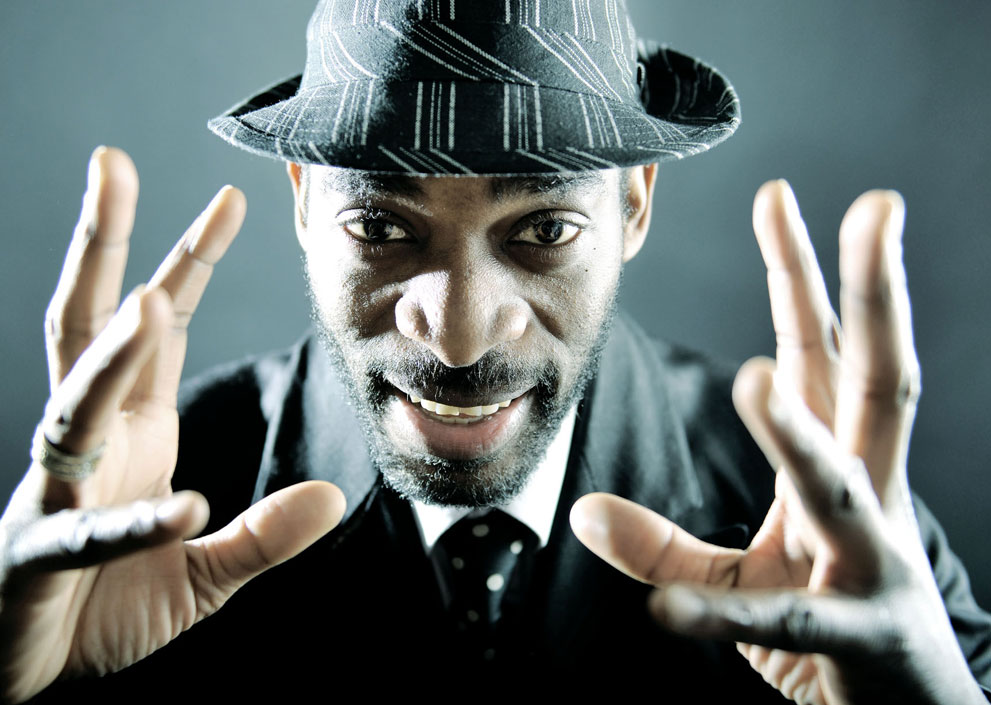 Bibi Tanga - mixing up a Central African roux, smack in the middle of Paris.

Bibi Tanga – mixing up a Central African roux, smack in the middle of Paris.

A taste of Central Africa by way of Bibi Tanga & The Senelites, live at Au Fil des Voix festival, recorded this past February 8th by the venerable RFI Monde in Paris.

Tanga, who was born in Central Africa, yet grew up in Paris, brings a delicious mix of Afro-Funk, Soul, R&B and Hip-hop to the proceedings with his own Futurist point of view. And the result is a pure groove.

Although he sings mostly in French, he breaks into some  soulful English on a few numbers, and his band The Senelites are a tight outfit who lend a cool and sexy tone to the whole thing.

A little over an hour, Bibi Tanga keeps things going at an infectious pace. The audience is reasonably knocked out.

Tagna is no stranger to our own neck of the woods. He’s done several U.S. dates over the years and has been featured on a number of live radio sessions. He’s currently on tour in Europe, with a few German dates coming up shortly. No word if he’s hitting the States again, but you never know.

In case you aren’t familiar with him, here’s a great opportunity to acquaint yourself with the current state of Afro-Funk.

Goes well while slipping into Friday.