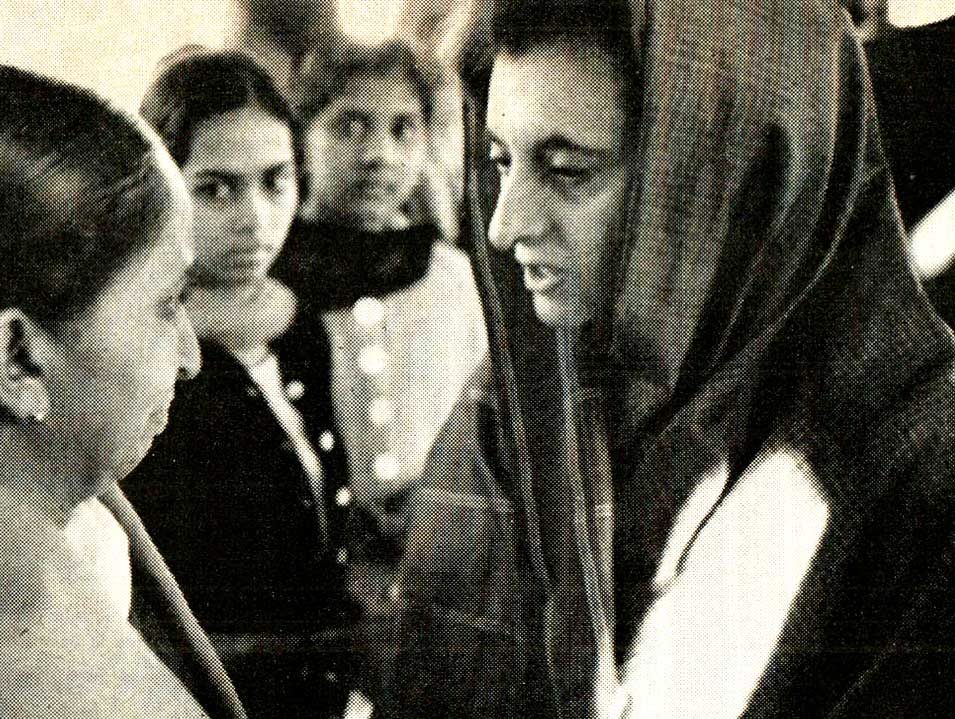 Since we’re coming up on the end of the first of five weeks of the elections in India (you didn’t know about that? Tsk), I thought I would do a little digging into India’s political past. I came up with this Meet the Press interview with future Prime Minister Indira Gandhi from 1964, which she was Cabinet Minister in her father’s (Jawahralal Nehru) government as well as his personal Assistant, until Nehru’s death in 1964, where she was appointed to the Upper House of Parliament, eventually becoming India’s third Prime Minister in 1966. Despite her last name, Indira Gandhi was not related to Mohandas Gandhi.

From 1966 until her death by assassination in 1984, Gandhi served as Prime Minister (from 1966-1977 and again from 1980 until her death in 1984) and was also a central figure in the ruling Indian National Congress Party. Her son, Rajiv Gandhi was Prime Minister until his assassination in 1991. Her grandson, Rahul Gandhi is currently vice-President of the Indian National Congress.

Here is an interview via Meet The Press, from April 26, 1964 given during one of Indira Gandhi’s diplomatic trips to the United States.

A little background in case you were wondering what’s going on in India these days.