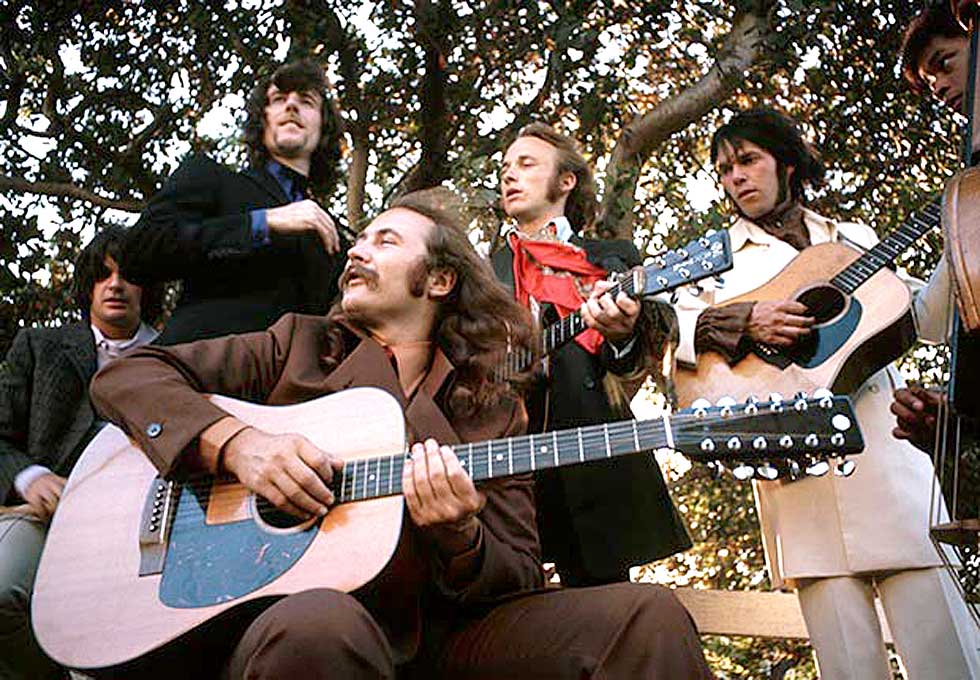 . . .and then came something completely different.

. . .and along came something completely different.

Since we’re in the middle of a Holiday Weekend; something to go along with the celebration. A classic concert this week via the legendary Crosby, Stills, Nash & Young. Recorded live at The Fillmore East, during a multi-day stint on their 1970 tour. This one is from June 4th.
If you’re like me, you’ve probably heard enough CSN&Y to last you a lifetime during their heyday. It was impossible not to hear one of their songs, played almost continuously on FM as well as AM radio from around 1969 to the early 70s. They were one of that exclusive club of Supergroups, springing up from elements of The Byrds, Buffalo Springfield and The Hollies and their popularity was immense and worldwide.

Listening to this concert, some 44 years after the event, I was struck by just how much talent was assembled on the stage at that time. The voices, put in a live context and without the benefit of studio re-takes and overdubs, give real evidence of just how unique this group was. Taking those indelible influences of Folk, West Coast harmonies and that gift of pitch, it’s easy to see why they became such a household name.

The songs of course, have become benchmarks for a period of time. They are tightly crafted and executed anthems, classics which have become part of our culture. But beyond that, the musical virtuosity is hard to deny – and listening to this concert brings about a whole new appreciation of a group which signified an added dimension to our musical journey.

I guess it goes to show that, when you go back for a visit, some things are much better than you remembered the first time. With all due fairness though, 1970 was a very busy musical year – and changes were rampant.

Further evidence there’s a lot of music out there and much of it has aged well.