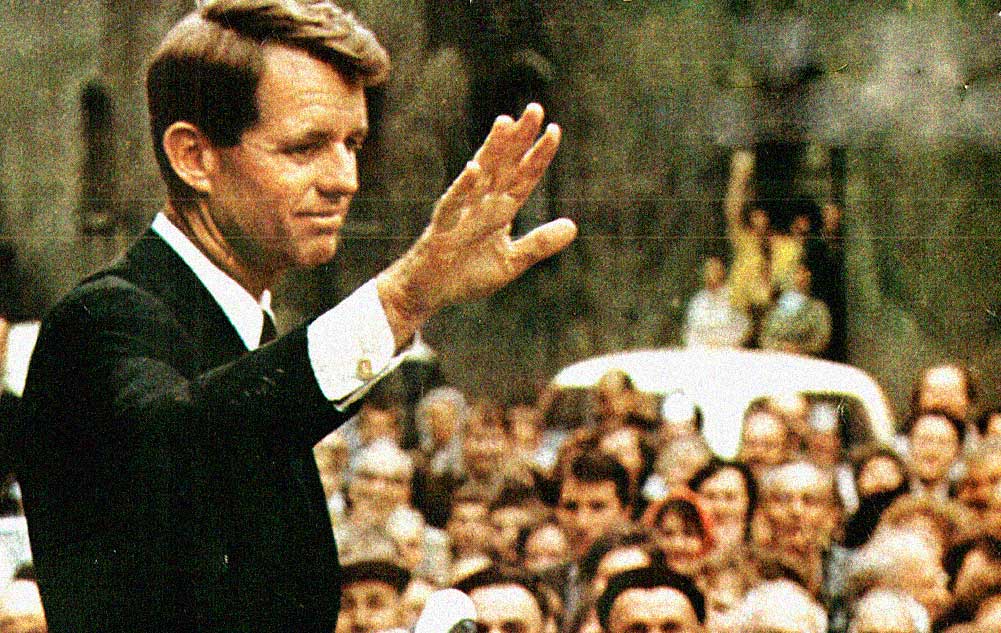 Now that RFK was in the race, 1968 would become a whole different year.

A Word Or Two From Robert F. Kennedy – Meet The Press 1968 – Past Daily Weekend Reference Room

Now that RFK was in the race, 1968 would become a whole different year.

Certainly, 1968 ended a lot differently than it started out. Since it was an election year, speculation was rife as to what the outcome was going to be. As of the date of this Meet The Press Interview, Sen. Robert F. Kennedy announced his decision to run the day before, and President Johnson hadn’t yet announced his decision not to run. That came on March 31st, almost two weeks after this broadcast.

Concerns over Kennedy’s entry into the race had many wondering if this would fracture the Democratic Party. But the tide was running against LBJ in the opinion polls, with criticism over the Vietnam War building, and support dwindling. The announcement of RFK’s intentions had many convinced this would bode badly for LBJ’s chances at re-election, especially since RFK had such massive appeal with the youth vote. But it was still March and there were many miles to go before the outcome.

The concerns over RFK’s chances were the basis of much of this discussion on this episode of Meet The Press, and those questions regarding the future of the Democratic Party were high on everyone’s list. One of the sadly missing aspects of the current version of Meet The Press is the panel of questions, rather than the one-on-one we have now. Just my opinion, but the range of questioning gives a better perspective of where the guest is coming from, and conceivably less likelihood of pandering. But what do I know?

Here is that Meet The Press episode featuring Sen. Robert Kennedy, as broadcast on March 17, 1968.