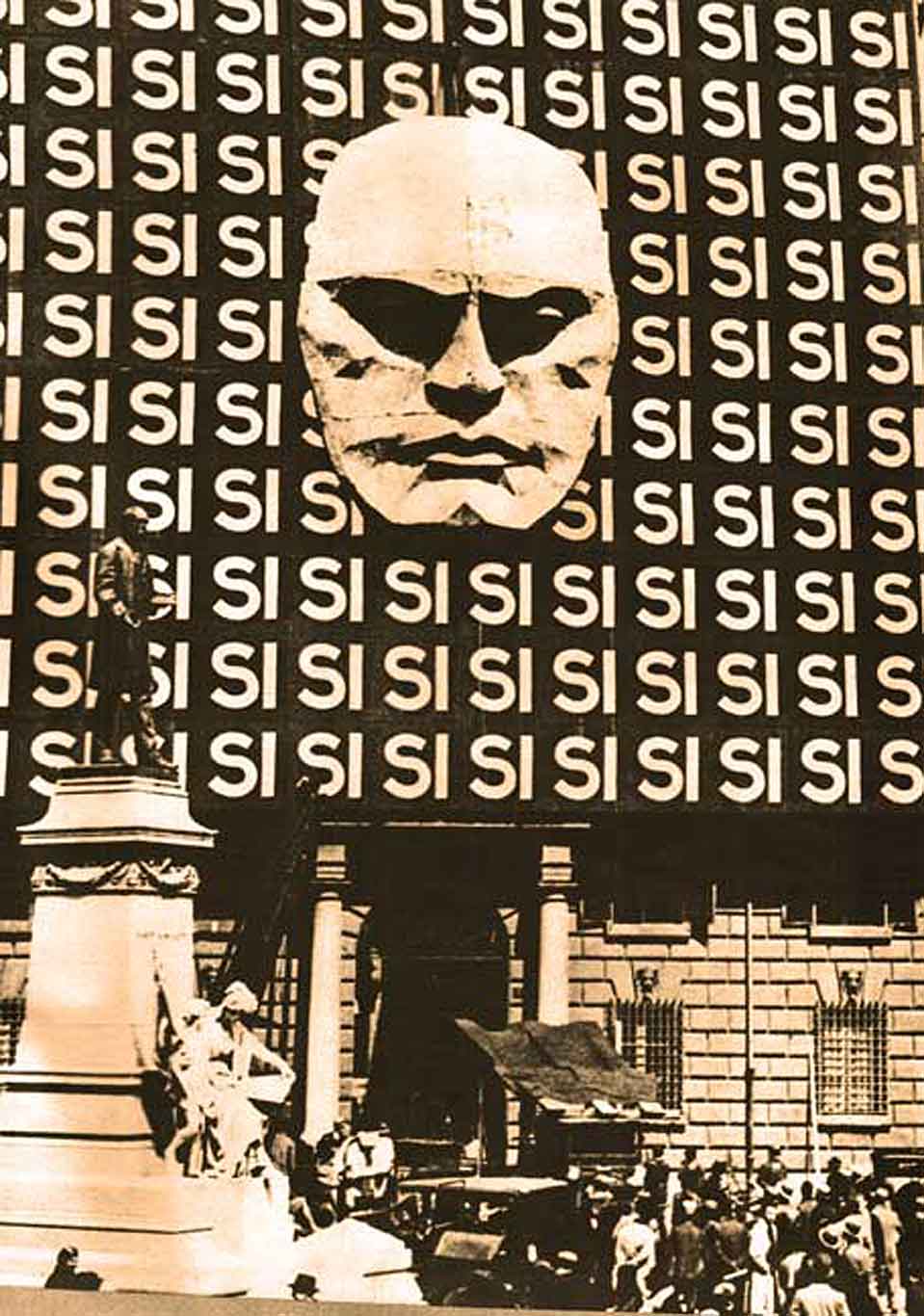 Subtle wasn't a word recognized in the Fascist Italian dictionary.

Subtle wasn’t a word recognized in the Fascist Italian dictionary.

I would imagine most Americans, born after the Vietnam War era, have probably never heard the voice of Benito Mussolini, one of major players in the era of World War 2. No less an insidious figure during that time, but one who has taken a somewhat lesser role in the horrors of World War 2 than his ally in the Axis triumvirate Adolf Hitler of Germany.

Following the March on Rome in October 1922, Mussolini became the youngest Italian Prime Minister up to that date. After removing all political opposition through his secret police and outlawing labor strikes, Mussolini and his followers consolidated their power through a series of laws that transformed the nation into a one-party dictatorship. Within five years, Mussolini had established dictatorial authority by both legal and extraordinary means and aspired to create a totalitarian state. In 1929, Mussolini signed the Lateran Treaty with the Vatican, ending decades of struggle between the Italian state and the Papacy, and recognized the independence of Vatican City.

Mussolini’s foreign policy aimed to expand the sphere of influence of Italian fascism. In 1923, he began the “Pacification of Libya” and ordered the bombing of Corfu in retaliation for the murder of an Italian general. In 1936, Mussolini formed Italian East Africa (AOI) by merging Eritrea, Somalia and Ethiopia following the Abyssinian crisis and the Second Italo–Ethiopian War. In 1939, Italian forces occupied Albania. Between 1936 and 1939, Mussolini ordered the successful Italian military intervention in Spain in favor of Francisco Franco during the Spanish civil war. Initially, Mussolini’s Italy tried to avoid the outbreak of a second global war by taking part in the Stresa front, the Lytton Report, the Treaty of Lausanne, the Four-Power Pact and the Munich Agreement. However, Italy then alienated itself from Britain and France by aligning with Germany and Japan. Germany invaded Poland on 1 September 1939, resulting in declarations of war by France and the UK and the start of World War II.

Lest we all forget that particularly dark period in our history, I ran across this address made by Benito Mussolini and delivered on the steps of the Capitol on April 20, 1939. It was originally broadcast by the Shortwave service of EIAR, the Italian government radio station, and is accompanied by English translation. The speech lasts a little over 10 minutes (very short, as Mussolini addresses went) and is followed immediately by translation.

War hadn’t been declared, in fact that was many months off. But the swords were rattling and the words were more pronouncements than dialogue. Only two weeks earlier, Italy invaded Albania and was perceived to be the start of several intended conquests in the Balkans and Greece. Since Albania was dependent on goods and resources support from Italy, resistance was nonexistent. A few days later, Albania was folded into the Italian empire. But that would be about the last time that would happen.

This address was intended to allay fears of more Italian excursions, but it did nothing to allay speculation that more was on the way. However, that wouldn’t become reality for another month when Berlin and Rome formed a military alliance.

The future was murky, at best.