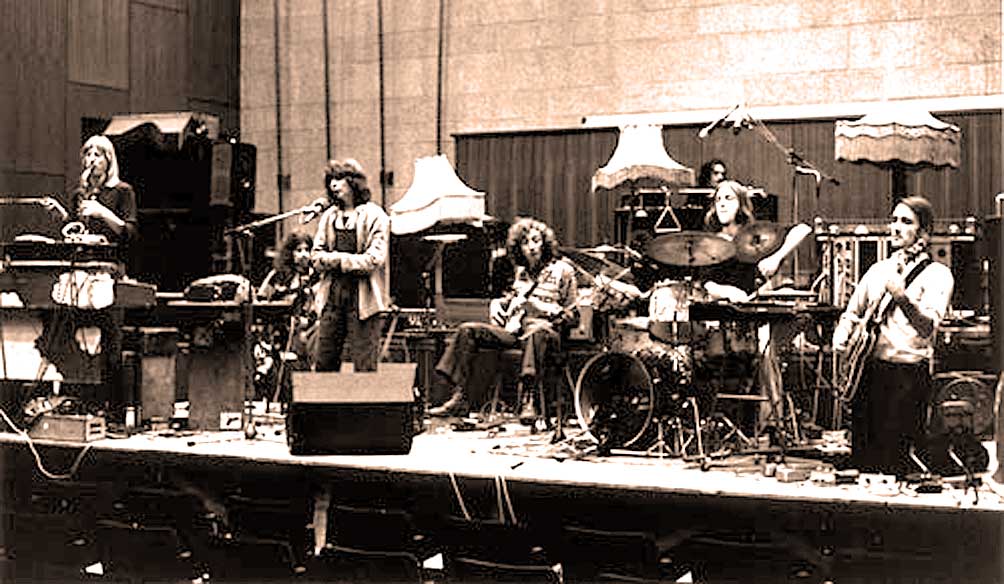 Taking it further than most, even with lampshades.

Taking it further than most, even with lampshades.

One of the positive upticks during the Psychedelic period was the introduction of the Avant Garde into the Rock genre. The total and complete unwillingness to compromise and appeal to the mainstream made bands like Henry Cow exciting and  instantly absorbed by a faithful, albeit small but growing, audience. Their sound has been described as daring and mercurial and having few, if any imitators. They did influence a large number of Progressive musicians and have made an indelible impact on the course of Experimental Music.

Together for a relatively short period of time (1968-1978), Henry Cow has achieved legend status over the years since. Even though their scant few albums have gone out of print for a long time, they’ve been getting reissued lately and bringing about a whole new set of awareness from a new audience.

Initially started at Cambridge University by multi-instrumentalists Fred Frith and Tim Hodgkinson, Henry Cow had their first concert supporting Pink Floyd in 1968. Shortly after, the ranks swelled, attracting a wide assortment of guest artists, such as Soft Machine drummer/Vocalist, who performs on this track, recorded in concert at the New London Theatre in May of 1975.

Sadly, this is only an extract of the complete concert, which hopefully may surface some day. This extract, Bad Alchemy and Little Red Riding Hood Hits The Road, features the inimitable Robert Wyatt as well as Frith, Hodgkinson, Lindsay Cooper, Dagmar Krause and John Greaves.

It’s been said we may never hear or see their likes again. Well . . .it’s hoped the torch is being readied somewhere. I suspect there are plots being hatched and ideas being formulated as we speak.

In the meantime – a sampling. More to come.