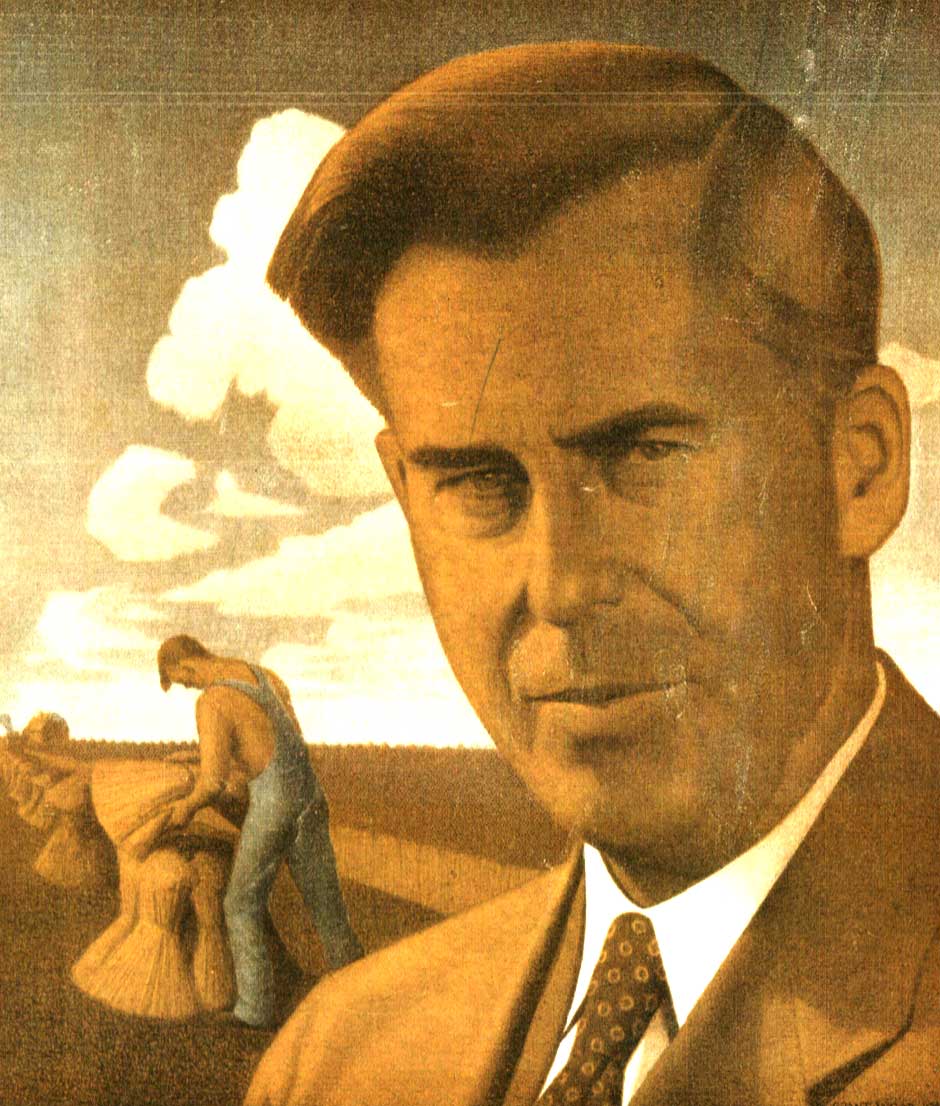 Before he was vice-President, Henry Wallace was Secretary of Agriculture.

Henry Wallace Has A Few Words At The Jefferson Day Dinner – April 22, 1939 – Past Daily Reference Room

Before he was vice-President, Henry Wallace was Secretary of Agriculture.

Before he was tapped by President Roosevelt to be his running-mate in the 1940 election, Henry A. Wallace was Secretary of The Agriculture. In 1933, incoming President Roosevelt nominated Wallace to assume Secretary duties at the Department of Agriculture, a post Wallace’s father, Henry Cantwell Wallace held from 1921-1924. Although the younger Wallace was a registered Republican at the time, he held many progressive beliefs, and subsequently a number of his policies were considered controversial. As a way of raising prices for agricultural commodities, Wallace advocated the slaughter of hogs, the plowing up of cotton fields and paying farmers to leave acreage fallow in order to drive up prices to benefit the farmer.

Speaking at this gathering for the annual Jefferson Day Dinner of the National Democratic Club, Wallace was the main speaker and his topic was A Progressive Democracy In A Changing World.