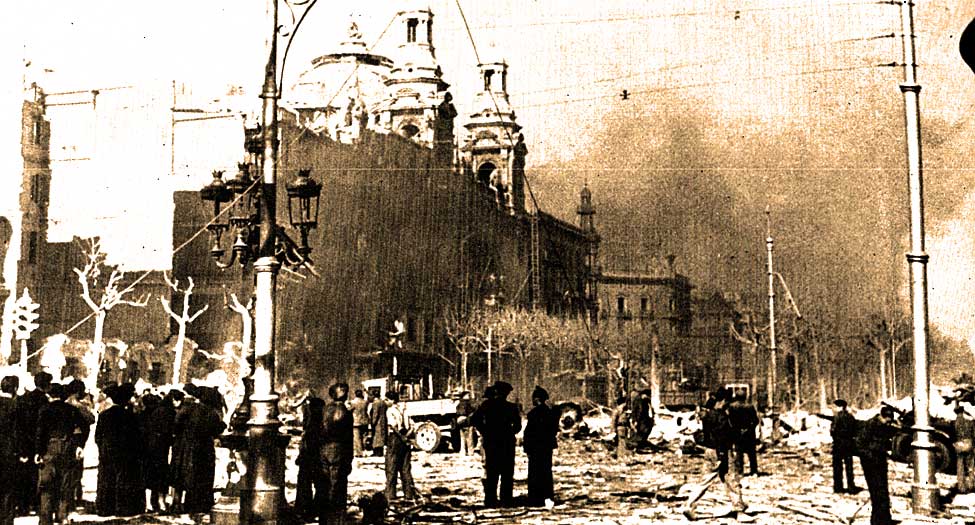 A Civil War Like Spain – April 1937 – Past Daily Reference Room

In the days before the outbreak of World War 2 the lead-up, the harbinger of things to come lay in the towns and cities of Spain. Civil War erupted in 1936 and finally came to an end in 1939. The warring factions consisted of Republicans, those loyal to the democratically elected government of Spain and the Nationalists, representing the right-wing rebels led by General Francisco Franco.

The Civil war was a particularly bloody and contentious one, and gave some indication what was in store for the future. The Axis powers of Germany and Italy were in support of the Nationalists, sending troops and military supplies to aid the rebels. While the Soviet Union sent military supplies to aid the Republicans. And even though Britain the U.S. were pledging neutrality, several volunteer units of British and Americans were formed in support of the Republicans, as did many other countries. Despite Britain declaring it a crime to fight in the conflict, some 4,000 Britons volunteered to go to Spain.

The League of Nations, the forerunner to the United Nations, was powerless to stop the conflict, with Germany Italy and Russia ignoring pledges of neutrality, thus rendering almost null and void the founding principles of the organization.

There was considerable public interest in how the civil war was going, and several news organizations sent reporters to actively cover the events unfolding. And even though the radio reporting and broadcasting of these conflicts was in its infancy, broadcasting was relying on print journalism to get an accurate picture of what was going on. And sometimes that just wasn’t as reliable as would be hoped.

This broadcast, given during a meeting of The American Society Of Newspaper Editors, featured a talk by Webb Miller, European Manager of United Press, who had just returned from a two month stint embedded with the Nationalist Rebels under General Franco. He also had a few conversations with several neutral reporters who were variously with the Loyalists. Not exactly an unbiased opinion, to be sure. But any sort of account of what was going on was eagerly sought out by the public.

To give you some idea of how news was gathered and reported in the days leading up to World War 2, here is that talk given by Webb Miller from April 17, 1937. The next crisis, the one involving Germany and Czechoslovakia in 1938 would find radio news broadcasts improving by a great degree. Still, no streaming video or 24 hour news, but it did bring the conflict closer.