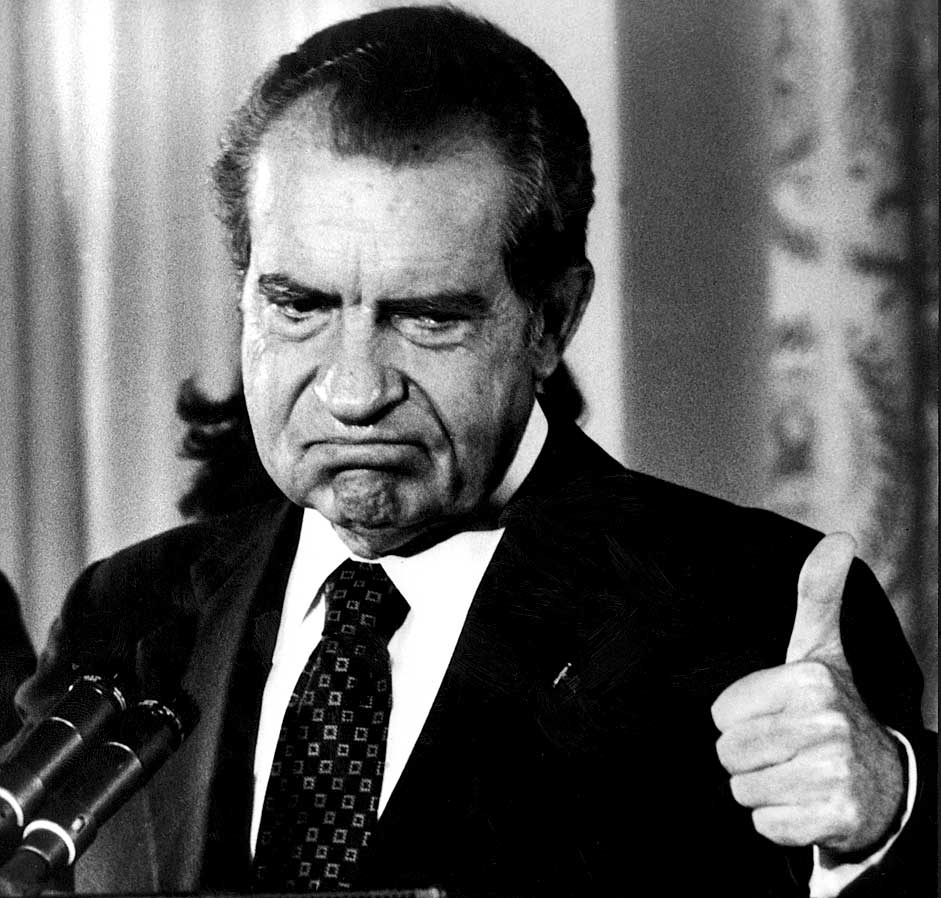 In memory of strange days.

Not Having Nixon To Kick Around Anymore – Week Ending April 24, 1994

In memory of strange days.

News for the week, ending on this April 24th in 1994, had much to do with the passing of former President Richard Nixon, who died on the 22nd from complications of a Stroke. The only American President to resign from office in disgrace, Nixon was reviled and revered – and depending on who you spoke to, his name alone could evoke a pretty lively and colorful conversation. Most agreed his big accomplishment was opening the door to relations with China which, depending on how you look at it, was either a good or bad thing in the long run.The most memorable event was his resignation on the heels of the Watergate scandal. Many believed it was the start of The Great National Nervous Breakdown, where trust in what your elected officials did had been forever violated, never to return. The pardon given by in-coming President Gerald Ford was a huge source of controversy, lasting for several years and possibly undoing Ford’s chances at official election in 1976. But the bottom line – we didn’t have Nixon to kick around anymore.

In other news, during a busy week in history. Bosnia was still in the forefront of the news. The assault on Gorazde continued, despite UN assurances the town was designated a “safe haven” from just such actions. The Serbs had pretty much taken the town and were running amok. News of the killings taking place alerted President Clinton, who urged the NATO forces to intercede, and by the week’s end NATO was planning a series of counter-attacks, and handed the Serbs a set of demands for withdrawal within 24 hours. The war seemed to have no painless end.

Meanwhile, on Capitol Hill. First Lady Hilary Clinton faced the Press amid rumors and allegations she had solicited contributions from Arkansas Attorney Jim Blair to her Commodities Account, which she had started in 1978 with a $1,000.00 investment. And also faced questions about a land deal known as Whitewater. The Fishing expedition had begun.

In South Africa, violence was flaring in the run up to that country’s first free elections. In a surprise move, Inkatha Freedom Party President Mangosuthu Buthelezi dropped his boycott of the elections and declared his candidacy for President. White Candidate F.W. De Klerk promised never to go back to Apartheid again.

In Haiti, exiled President Jean Bertrand Aristide claimed the U.S. policy of returning Haitian Boat People was racist. And oddly enough, a boat carrying 400 boat people the very next day approached the Florida coast, and was allowed in by U.S. officials. Squeaky wheel, I suppose.

And that’s just a small portion of what went on the week ending this day in April, 1994 as presented by ABC Radio’s World News This Week.