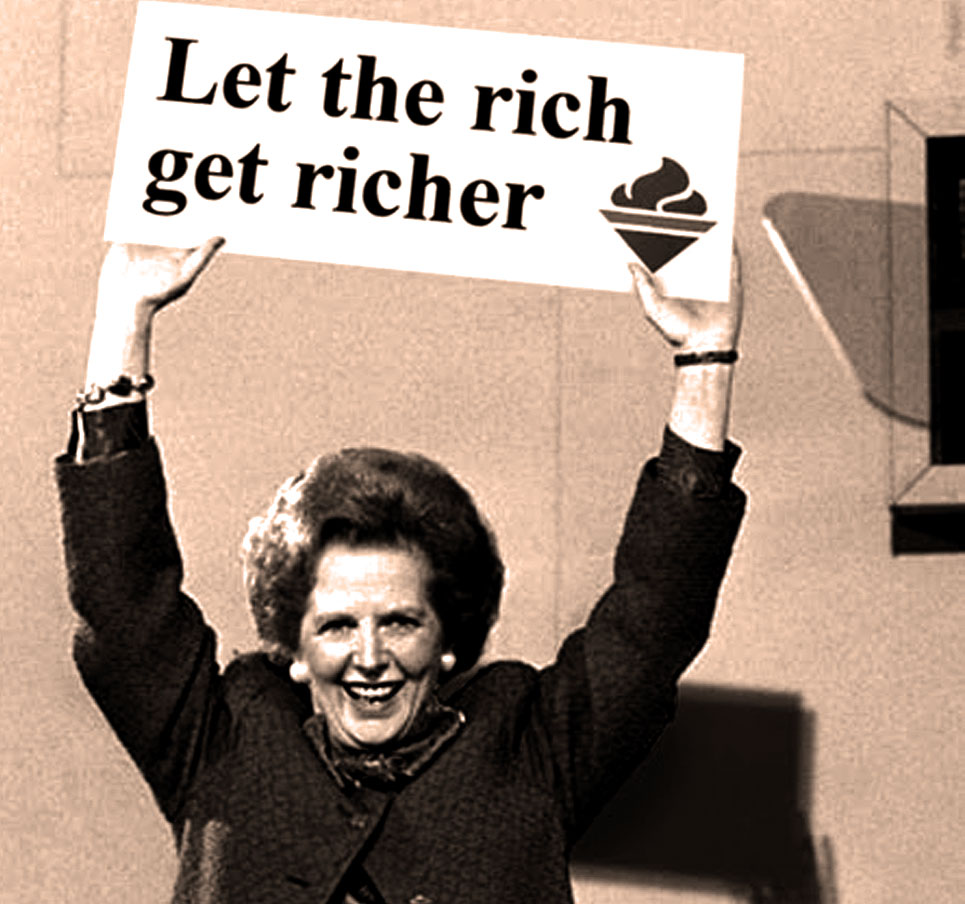 And they did. And did they.

William F. Buckley Gets A Word Or Two From Margaret Thatcher – 1977 – Past Daily Weekend Reference Room

And they did. And did they ever.

They’ve often said about former British Prime Minister Margaret Thatcher that you either loved her or hated her, but you couldn’t ignore her. Needless to say, the Thatcher era in Britain was a time of great upheaval and division, not only domestically but throughout the world. The affects of that era, like the Reagan era in the U.S., continue to be felt.

This interview, done as part of the Firing Line series with conservative pundit William F. Buckley, starts with the premise of “Why The Socialist Experiment Failed”. Thatcher, like Reagan, believed in the “trickle down” theory, the “no-holds-barred” free market economy, deregulation and Privatization. The dismantling of Unions. All those elements Thatcher was convinced would jump-start a stagnant economy and create a prosperous and better world.

Unfortunately, and this has been the great flaw in all those sweeping pronouncements – the element of Human Nature is never taken into account. The removal of all checks to insure fair and ethical treatment of others, and the world in general is eradicated under the aegis of “Greed Is Good”. And ultimately, the utopian vision of the “Shining City on a Hill” is a fallacy, and things become worse in the long-run.

But it was Thatcher who tapped into the angry and disenfranchised, much as Reagan did in the U.S. in 1980 – and the removal of any measures initiated to protect and preserve a Democratic way of life became tantamount to “Wolf – meet Hen House”. It was all done under the guise of  “they are the problem”. In the end, it was no solution; it only compounded the problem.

But in 1977, when this interview between William F. Buckley and Margaret Thatcher took place, Thatcher hadn’t become Prime Minister yet. Gerald Ford was still President of the U.S., and the seeds of discontent were being cultivated.

This was a glimpse of things to come, the shape of things.

Here is that Firing Line interview between William F. Buckley and Margaret Thatcher, as broadcast on August 21, 1977.