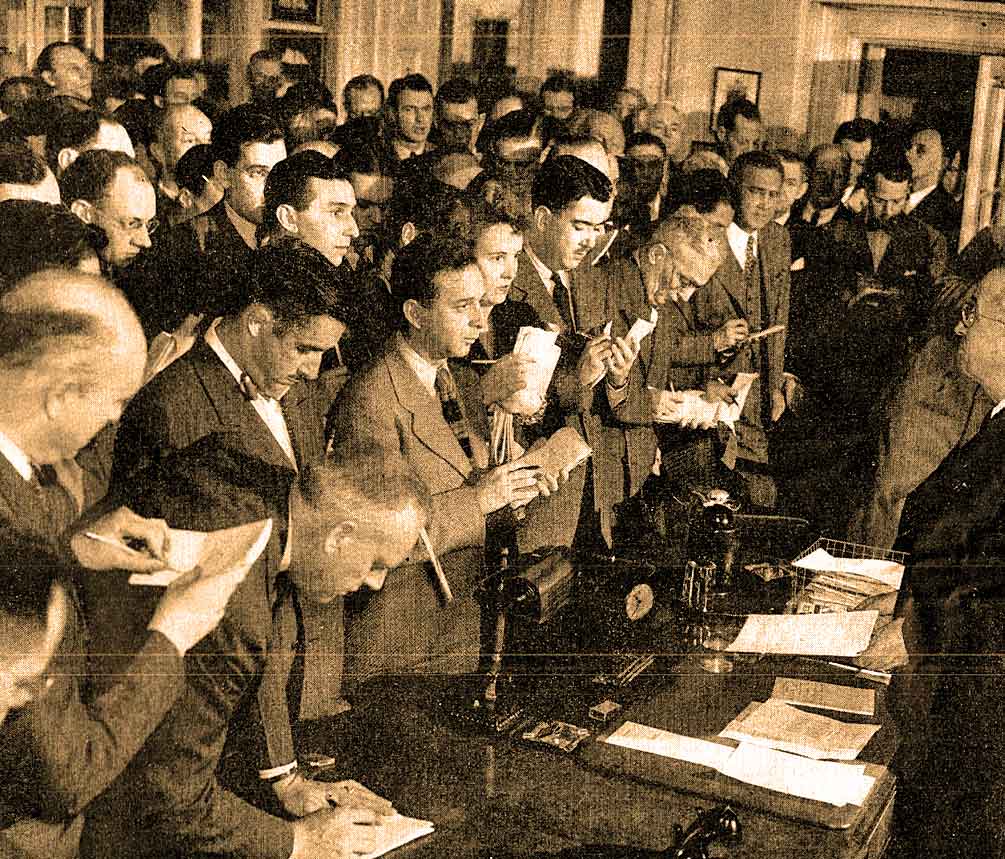 The Press lobbing questions at President Truman - Harry said "not yet".

The Press lobbing questions at President Truman over VE Day rumors – Harry said “not yet”.

Now more than ever: Become a Patron!

As news poured in on a daily basis regarding sweeping advances and the almost total destruction of Berlin and the German Army, it was only natural that news and rumors of surrender would begin to surface, this day in 1945.

Early on the morning of April 28th unconfirmed reports surfaced that the remaining German government had offered surrender terms to the Allies. Stipulating that the terms were meant only for Britain and the U.S. – Russia wasn’t mentioned.

The news was greeted with premature hysteria on the parts of some reporters. And the news quickly spread that Germany had indeed surrendered and that the War in Europe was over.

Well, it wasn’t. And even though negotiations were going on, VE Day fever was going viral and it was hard to get an accurate story as to what was going on.

Finally, in the afternoon, President Truman held an impromptu Press Conference where he put the rumors to rest. Yes, Germany had offered surrender terms, but they were laced with conditions. Not wanting a repeat of World War 1, where Germany was allowed to rebuild and rearm, Truman fired back that surrender was unconditional and that Russia was to be included – no negotiation.

Furthermore – President Truman gave Germany until the following Tuesday  (May 1) to respond to Allied terms.

And after putting back the cigars and champagne, it was business as usual.

That’s how this day rolled in 1945, as reported over NBC Radio with bulletins and special reports for April 28, 1945.