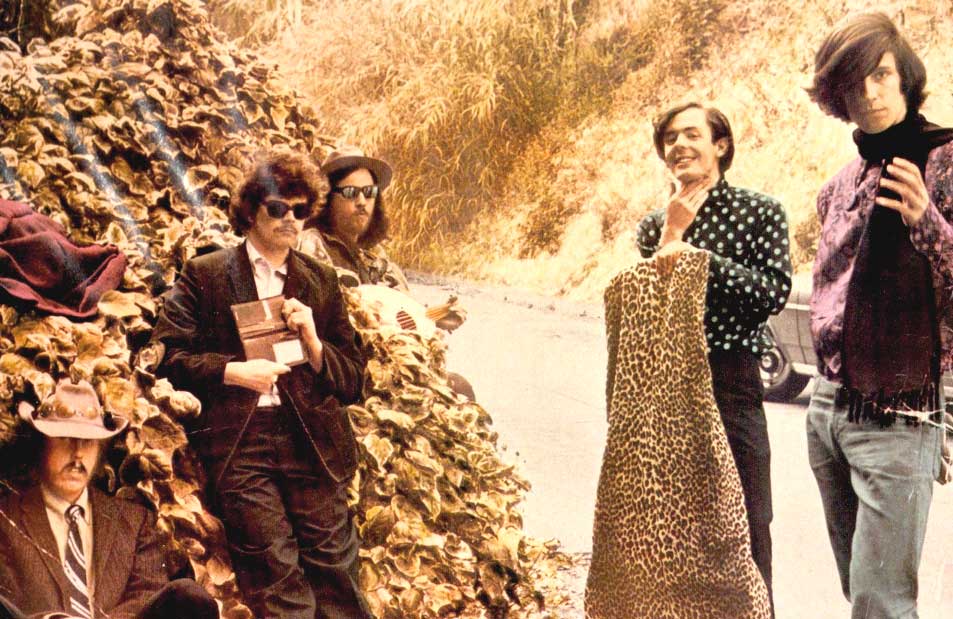 Kaleidoscope - What Music without Anarchy? What's Anarchy without Music?

Click on the link here for Audio Player – Kaleidoscope – live at The Newport Folk Festival – July 28, 1968

Not to be confused with the UK Psych band of the same name, the U.S. Kaleidoscope were one of the more eclectic assemblages of musicians ever to hit the stage in the 1960s. Incorporating a wild array of Middle Eastern instruments and freely tossing World Beat rhythms into their songs – they were also die-hard folkies with a country-edge to them.

You couldn’t really pin down or pigeon-hole the music of Kaleidoscope. And for that reason they aren’t as well known these days as they should be. Very much ahead of their times, and without a doubt one of the more politically charged bands playing in an already politically charged atmosphere, as is evidenced by this 1968 Newport Folk Festival appearance. Audiences were confused by the band, even in 1968 – and it was frustrating, because they were trying things most bands would later pick up in lesser degrees. You had to approach a Kaleidoscope gig with an open mind, because a: you never quite knew what you were going to hear and, b: the personnel of the band kept changing, and for the most part becoming more eclectic as time went on. Until their final album and tour (which I saw late in 1969), where the band had all but abandoned Middle Eastern influences and settled into a country-rock frame of mind. Ironically, the band broke up shortly after, and went separate ways and on to separate successes.

Tonight it’s one of the eclectic gigs, and one of the politically-charged ones, from The Newport Folk Festival of 1968. This was the incarnation of the band I remembered best and enjoyed the most. I was an adventuresome teenager and they were actively engaged in adventuresome music – they were playing my song and life was grand.

But that’s another story.

Enjoy the gig – it’s another side of the complex tapestry of the 60s, which provided the backbone for visions of the future.