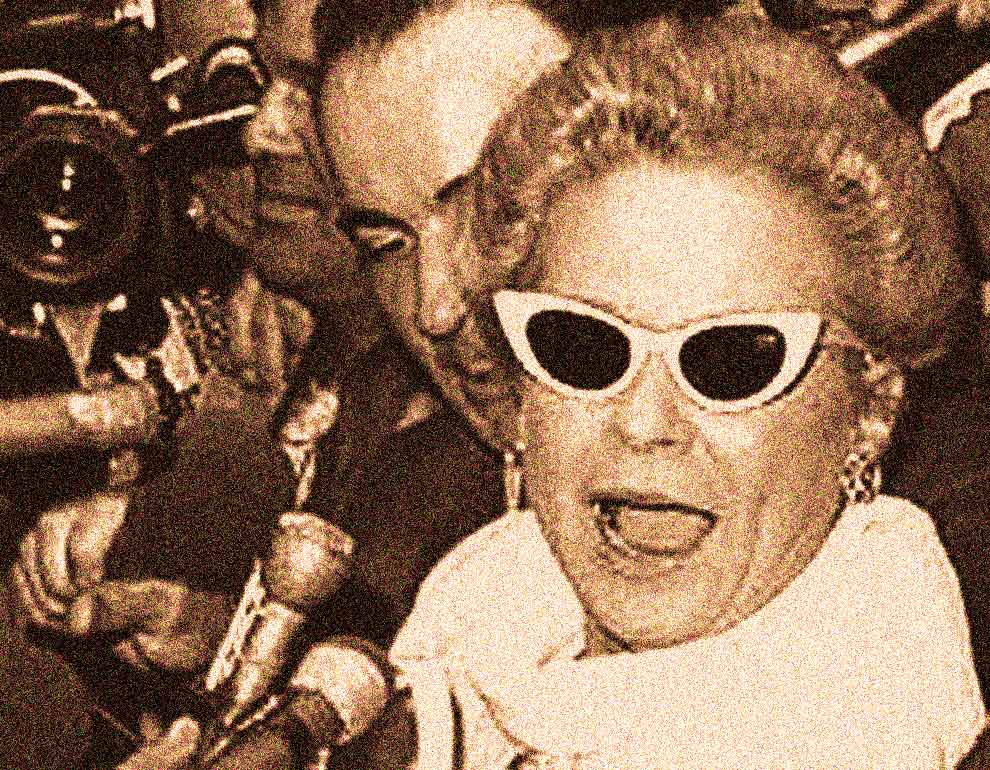 Martha Mitchell - alternately referred to as Crackpot and Cassandra.

Click on the link here for Audio Player – The Tomorrow Show – Interview With Martha Mitchell – May 1, 1974 – Gordon Skene Sound Collection

The era of Watergate served up more than its fair share of bizarre players. None more bizarre than the former wife of then-Attorney General John Mitchell was Martha Mitchell. Often referred to (among other things) as Martha The Mouth, she would often call members of the White House Press Corps, or late night talk shows in the Washington DC area and vent a laundry list of conspiracies, hyperbole and general fur-tongued harangues during the Watergate Scandal.

Her predilection for things High Proof and High Octane didn’t help matters. And whatever true conspiracies she may have uncovered, were certainly overshadowed by a slurred and often incoherent discourse that left both audience and host in a state of profound puzzlement.

But she was Capitol Hill‘s oddball – in a town which prides itself on oddballs and whack-jobs, Martha Mitchell was a true pioneer. And she was one more aspect of Strange during months of strange and unsettling times for the entire country. Needless to say, The Nixon White House bent over backwards to discredit anything she had to say, and even John Mitchell divorced her. But some say even that was a plot. The ball of confusion only grew with each passing hour, and Martha Mitchell was the gift that kept on giving.

Here – at the height of the controversy, is a one-hour sit-down interview between Martha Mitchell and The Tomorrow Show‘s host Tom Snyder from May 1,1974. Tom winds her up and she spins off into a wild and astounding world of innuendo and speculation. Some of it wound up being true – but much of it, you just couldn’t tell.

Forty years ago today, we were privy to crazy times and the crazier people in them.