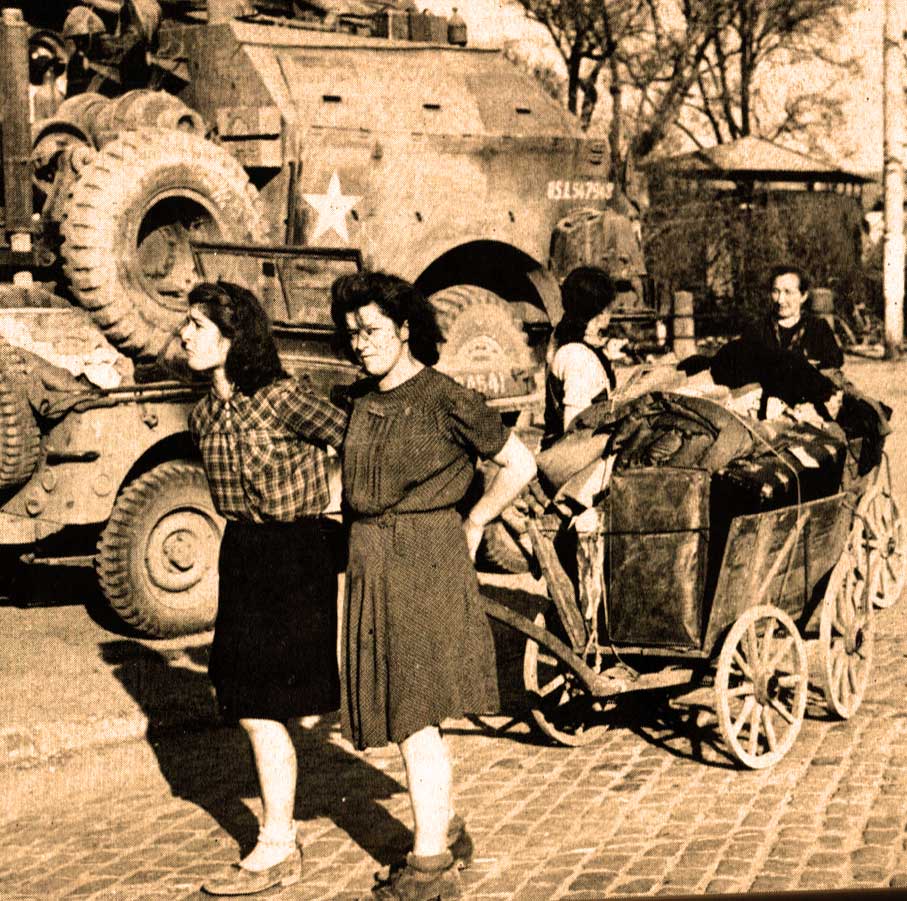 Refugees leaving Germany - as one crisis comes to an end, another one springs up.

Refugees leaving Germany – as one crisis comes to an end, another one springs up.

As the world waited for news that Germany had finally, unconditionally surrendered, news was filtering in of mass surrenders, and how pockets of resistance were only going on in two places. How it was only a matter of hours before the War in Europe would be over.

And then there was news of the other crisis looming – the refugees. Already streaming out of Germany by the hundreds of thousands, refugees were clogging roads and highways throughout Europe. The displaced, the homeless, the survivors of Concentration Camps – they were all heading somewhere, and not exactly sure of where.

But on this 6th of May in 1945 (a Sunday), last minute bulletins and the holding of breath, and the beginnings of looking back on the conflict during the early days was what the news was about. And of course, the waiting.

And that’s what this day sounded like, May 6th 1945 as reported by Paul Manning via shortwave from Paris.