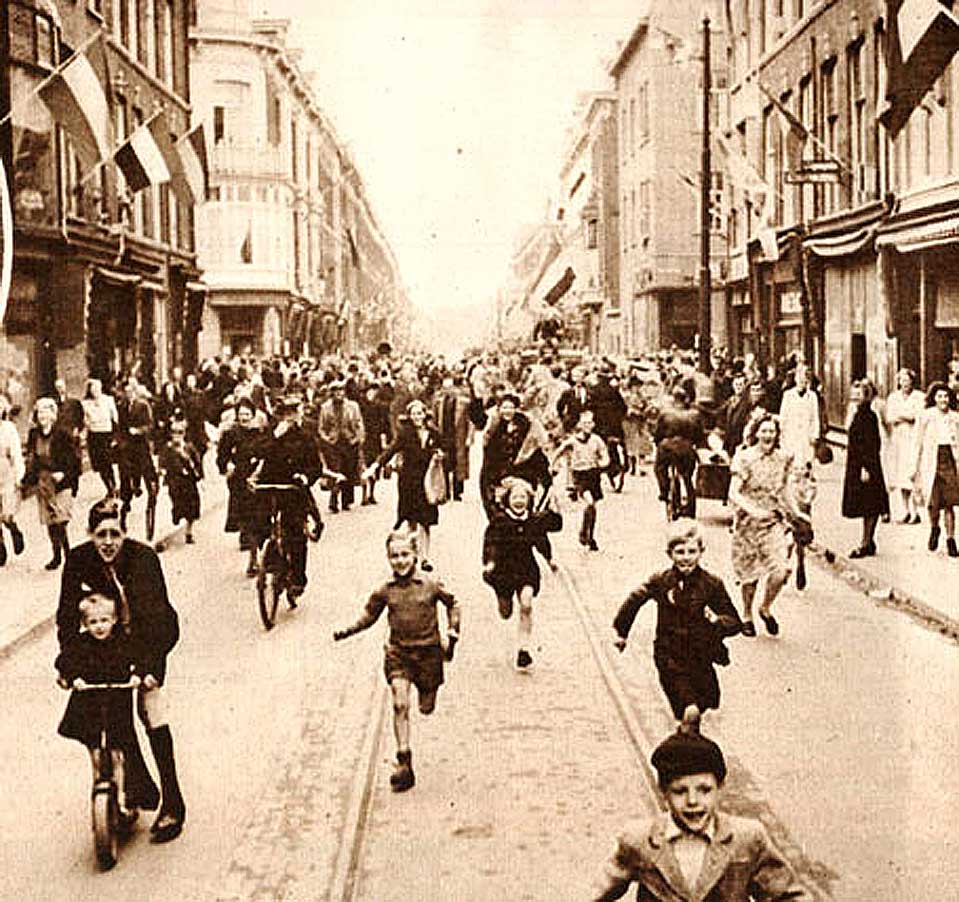 In Europe, nobody waited for the official news - they waited long enough.

In Europe, nobody waited for the news to be official – they waited long enough.

News for this May 7th in 1945 was confusing at best. Word got out that the Germans had unconditionally surrendered and that the War in Europe was finally over. News spread and celebrations broke out all over Europe and Britain.

Ticker-tape started flying in New York City. The celebration was on.

Except for one thing – the surrender wasn’t quite official, the fighting wasn’t quite over and whoever broke the story did it without waiting for official word from Allied Headquarters. And even though news reports were saying it was official, there was no confirmation from The White House, Number 10 Downing Street or The Kremlin.

But during this newscast, 11:00 in the morning of May 7th, WOR Radio reported what they heard from Associated Press. Even though there was an air of caution to the report, it was still hard to contain the excitement that, after six years the War in Europe was over.

There was still the War in the Pacific to deal with, and even though there was an air of celebration, it still didn’t feel like it was completely over.

Within a few hours of this newscast, revised reports came in that it was not “official” and no word had come out to say otherwise.

So with fits and starts, going back to the end of April, news the war in Europe was finally over had to wait one more day.

They didn’t seem to care in places like Rotterdam or Paris – unofficial word was better than no word.