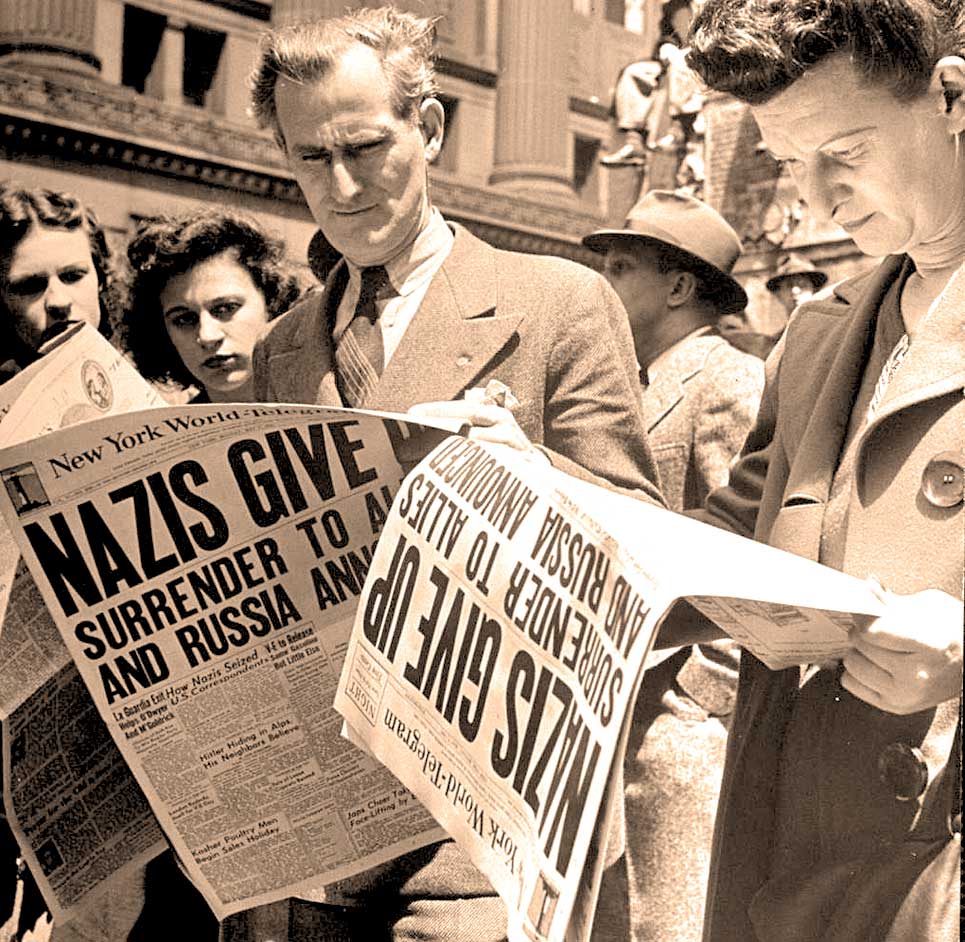 After years of fighting, weeks of speculation, days of rumors and false reports, the War in Europe finally came to an official end on May 8, 1945. Half of World War 2 was over. But there was the other half to think about – the Pacific half. And while there was much celebration going on, and cause for celebration, there were still three more months of war to deal with.

As with all radio at the time, regular programs were pre-empted and special Victory programs were put in their place, while America and Europe tuned in and celebrated and the streets filled.

Here is one sample of a typical hour for that May 8th, via The Mutual Broadcasting System. From 12:30 to 1:30 in the afternoon, the broadcast exactly as it happened from somber to giddy, just as the day went.