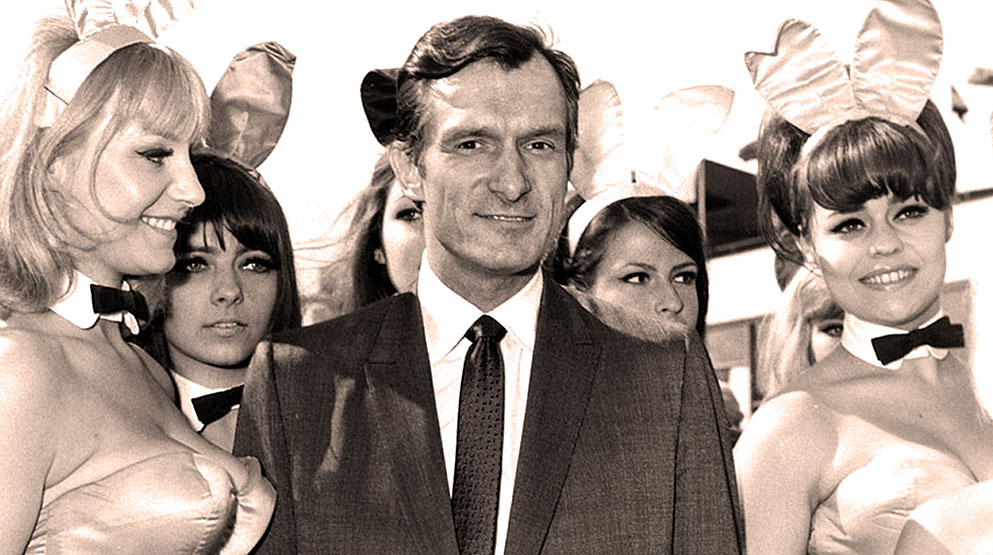 You have to admit, he started it all.

You have to admit, he started it all.

Before Hugh Hefner came along with the idea of putting together, what later became the iconic Playboy Magazine, risquè, “adult themed” material was confined to the somewhat tawdry, grainy-photo, low-budget magazines – high on titillation (the photos are, by todays standards, beyond tame) and low on content.

In 1953 Hugh Hefner changed all that, and changed the face of Adult Entertainment forever. Not only treating sex and sexual content with a high degree of respectability and downright charm, it was also a magazine which many a teenager could boast “I read it for the articles”, and half-way mean it.

Obviously, doing something considered at the time to be pioneering wasn’t without its detractors and blue-noses. Hefner and Playboy Magazine were routinely dragged into court to face obscenity charges and were often the well-publicize objects of scorn from the Bible-thumping community. And later, when the Women’s Movement gathered momentum, Playboy was the target of  rants along the lines of “men assume all women have staples in their navels”, and cries that Playboy (and by the 70s a lot of just-like and also-ran publications) were responsible for objectifying and degrading women.

But through all that, Playboy and Hugh Hefner survived and flourished.

When this interview was conducted (in May of 1974), we were in the middle of the Watergate saga. Coming out of the 60s and jumping into the hedonistic 70s. Playboy was still at the center of controversy, and still very much part of American society.

Forty years on, things have changed – even Playboy. But everything got started some place, and a lot what we take for granted now were new and uncharted territory, even in 1974.