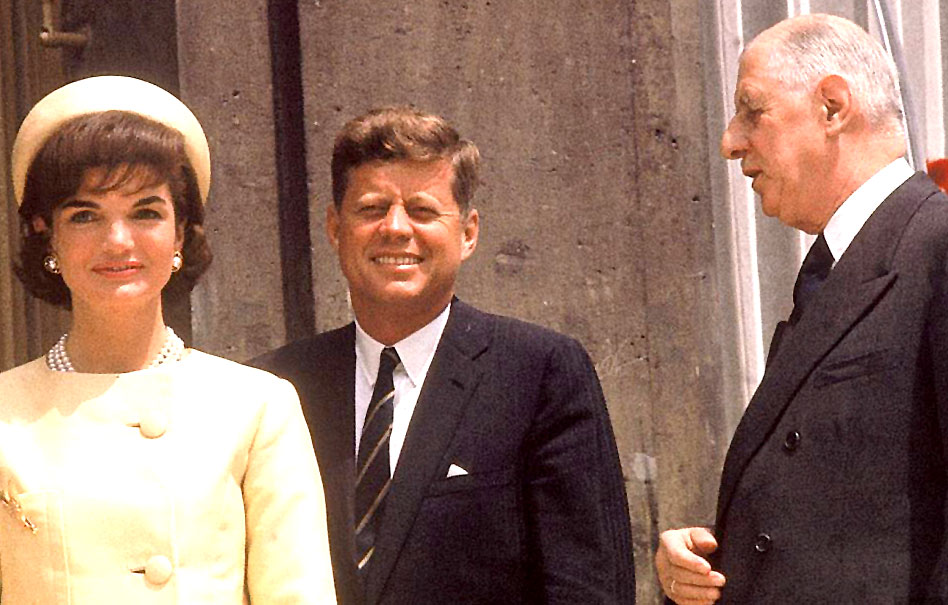 It would appear June is a rather busy month for news – and the start of t his particular June in 1961 proved to be no different.

From a series of commentaries given by various NBC Radio Correspondents, there was a lot of interest in the upcoming Summit meeting between President Kennedy and Soviet Premier Nikita Khruschev. So much so, that the stop-over in Paris for consultation with President De Gaulle of France seemed like almost an after-thought.

But it was a big deal. President Eisenhower attempted it only two years earlier, but it all fell apart as the revelations over the U-2 Spy plane incident surfaced. What started off as hopeful ended up an embarrassment and whatever progress made during that period of the Cold War was set back several years. Kennedy and De Gaulle did discuss the future of NATO and, since France was regarded as the heart of the NATO alliance, De Gaulle’s support was of crucial importance.

So there was a goodly amount of apprehension over how this new and younger President would handle himself.

Meanwhile, back home – former President Eisenhower was busily drumming up support for Republican candidates in the 1962 off-year elections. Blasting Kennedy for what he called Government by Big Brother and called on fellow Republicans to “wage war” on President Kennedy’s domestic programs. He did however offer best wishes and support for JFK’s upcoming Vienna Summit.

And there was also a report on doubts being raised over the feasibility of putting a man on the Moon anytime during the decade of the 60s. The issue was raised by Dr. Ralph E. Lapp, nuclear physicist and consultant to numerous American scientific projects of the previous two decades. Lapp shared his findings with the Washington Academy Of Sciences. He said the thought of putting a man on the Moon was doubtful from just the cost alone, which he estimated to be between $20-40 billion. He felt the money would be better spent elsewhere as he felt a trip to the Moon really had no importance from a scientific standpoint. He felt the only importance was a political one.

And future hot-spot-in-waiting The Dominican Republic was coming under scrutiny. This time over the rise to power of assassinated Dictator Rafael Trujillo and his son Rafael Jr. whom as less than liked in Dominican political circles. The situation was looking shaky at best.

And that’s just a little of what was going on, this first week of June in 1961, as reported by NBC Radio correspondents, filing their daily reports.

By the way – still passing the hat, still asking for donations. Past Daily, as you know, is still in the midst of their Spring Fundraiser and we’re a ways from hitting our goal to keep us up and running this year. We really need your help – any amount you can spare will be more than greatly appreciated by us.