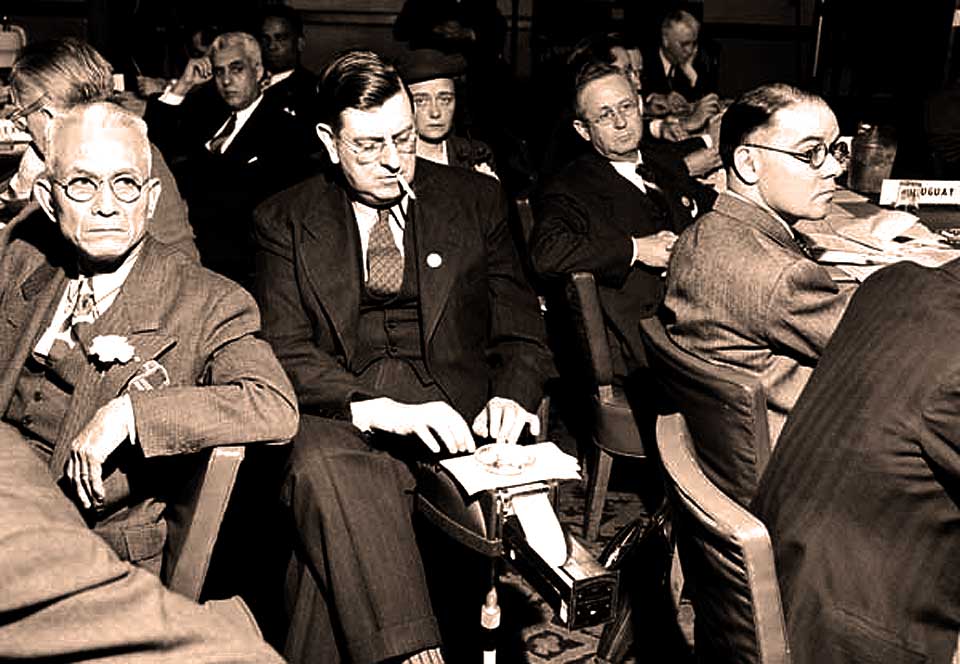 While the war was still raging in the Pacific, steps were being taken to establish the United Nations – a governing body which would address and resolve conflict in the hopes the War, which was in its final stages, would never happen again.

So started the task of getting some order together – pulling together all the nations, many of them torn apart in Europe for the past five years, to structure a set of rules and guidelines where everyone could work together.

The previous idea didn’t work – The League of Nations, set up after World War 1, fell apart for a number of reasons. And it was determined this idea would take hold and grow over time.

But already there were obstacles. The writing was on the wall, with reference to the potential problem The Soviet Union would pose, was making itself already known. Russia had an idea how the United Nations was going to work, and in many cases, it wasn’t the same as the majority’s. There was a sense Russia wouldn’t be a compliant ally, or at least an easy one to deal with.

The Conference, which began shortly after the death of President Roosevelt, was busily hammering, negotiating and resolving.

And during this time, nightly reports were being broadcast on the progress of this Conference.