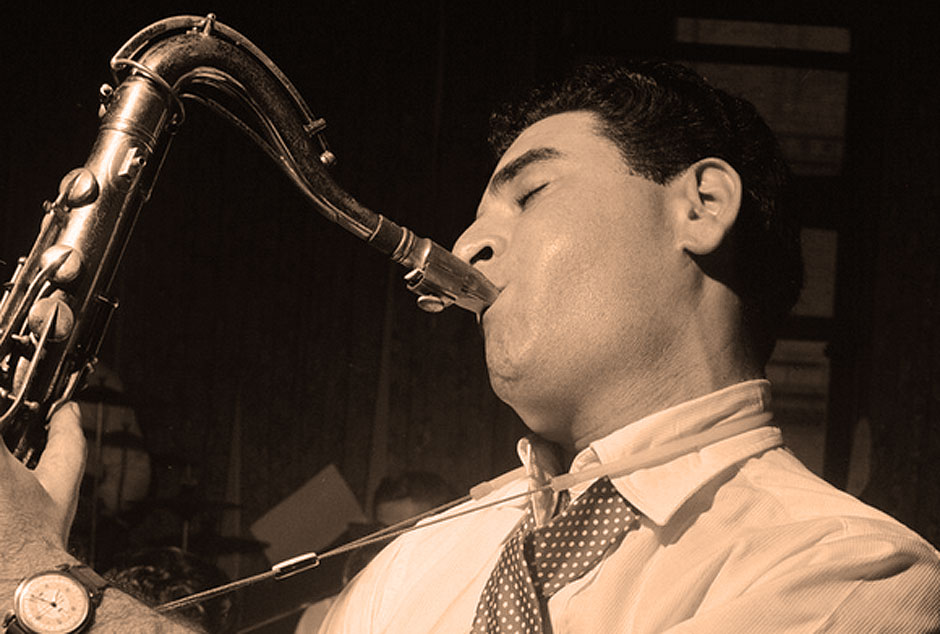 Georgie Auld - curiously overlooked in the Grand Scheme of things.

Georgie Auld – curiously overlooked in the Grand Scheme of things.

Not that I got out of my way to collect them, but I’ve been running across quite a number of discs by musicians who were, in one way or another, overlooked in the grand scheme of things.

Georgie Auld was a capable, good sax player, who spent a good amount of time in the late 1930’s and 1940s playing with such bands as Gene Krupa’s and Artie Shaw‘s. He gained a solid reputation and he was much in demand during the Swing era.

Going solo in the late 1940s proved to be a hit-or-miss affair.  Sidelined for a few years with Tuberculosis, Auld recovered fully in 1948 and assembled a 10-piece band which branched out from the Big Band Swing he had been so closely associated with to the newly evolving Bop.

Part of the problem was the poor choice of music to record. During his brief stint with Coral he was saddled with strings and vocal choruses and, even though it proved to be a commercial success for Auld, it wasn’t an artistic one.

But during the Coral years from 1951-1953 Auld did managed to break free of the lush arrangements and do material he liked.

One of those sides is offered here – from a 1953 session for Coral, the Count Basie tune Blue and Sentimental.