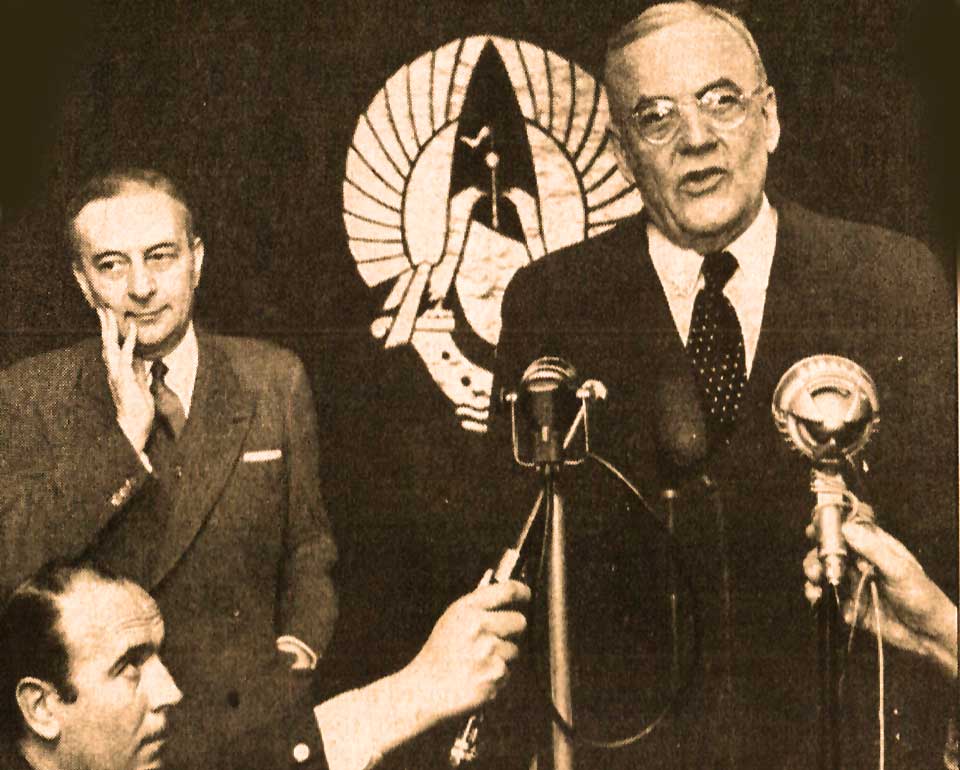 The View From Dulles – John Foster Dulles On Meet The Press – June 24, 1951 – Past Daily Reference Room

As America became rapidly embroiled in yet-another shooting War, this time in Korea, then-Ambassador-at-large John Foster Dulles had returned from a recent trip to the Far East. Sent by President Truman to oversee the Peace Treaty signing with Japan, replacing General MacArthur whom Truman had relieved of his Command. Dulles was actively putting our feelers as to where the status of Korea and what possible peace negotiations could be had, now that we were one year into the conflict.

Dulles firmly believed The Soviet Union was behind the Korean War, despite the obvious involvement of Communist China. Dulles believed Moscow was pulling the strings. And with rumors of a Soviet proposal for a ceasefire, Dulles was skeptical the Russians were sincere.

In this interview, from the NBC series Meet The Press, originally broadcast on June 24, 1951, Dulles is asked a variety of questions – from our role in the Korean War to the question of Southeast Asia.

Dulles was an interesting figure – just how interesting became apparent when he became Secretary of State under Eisenhower. The fact that his brother Allen became Director of the CIA made for quite an interesting combination, particularly where the history of Vietnam is concerned.

But that was a little ways off. In 1951 we were stuck in the middle of a “Police Action” in Korea and the threat of Communist influence in that region only added to the war of nerves.

Here is that interview, as conducted by a panel of journalists, including a reporter for the Manchester Guardian, Alistair Cooke.