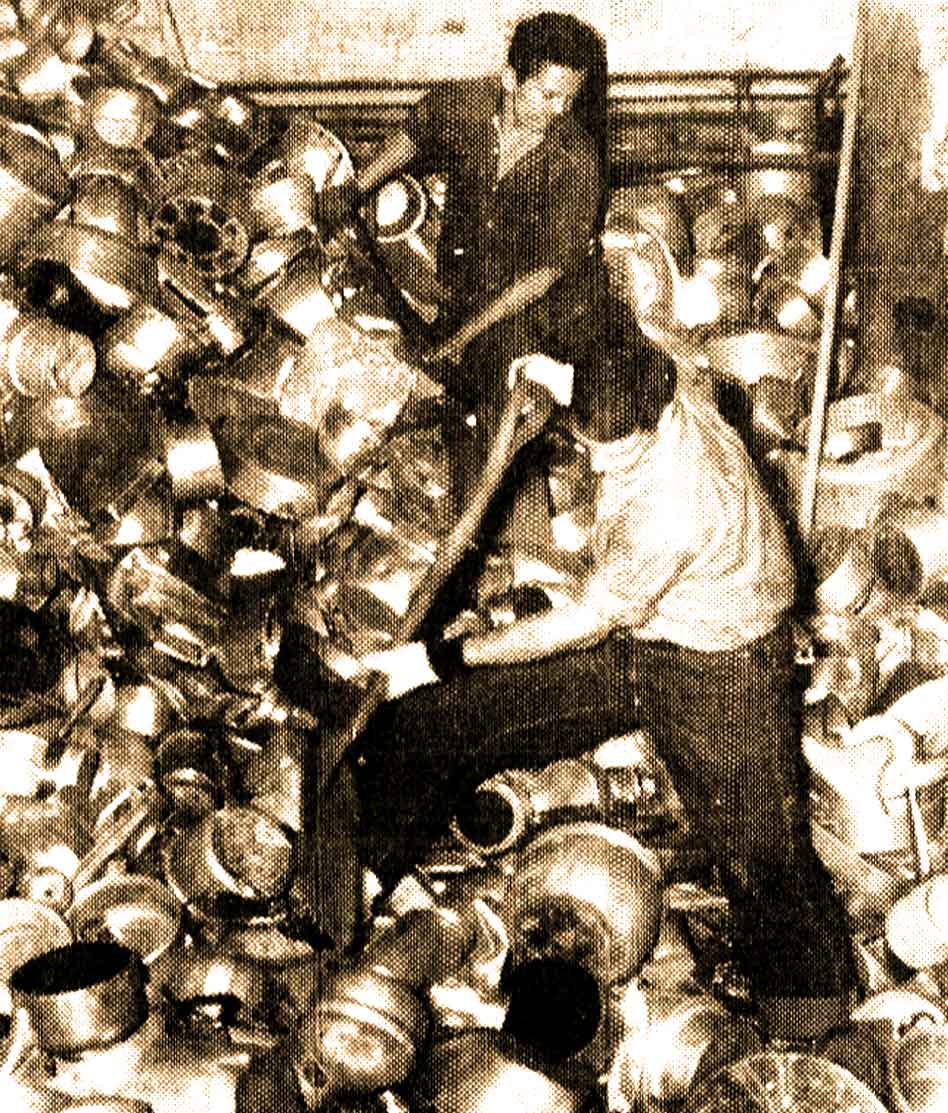 War news on most all fronts, this June 10th in 1942. Reports on the air war in the Pacific, with Allied successes being reported, but notes that Japanese fighter planes were out maneuvering our fighter planes, and that was a cause for concern and calls for intensified re-thinking of Fighter design.

News on the Eastern front, with Russian armies holding and repelling German attacks on Sebastopol. After six days, the German Army hadn’t gained any ground, save for one sector where Germans gained a slight advance after three days and only under cover of darkness. It’s felt the Russians were preparing for an offensive, but where it would take place was anyone’s guess.

From London came reports of fighting around Libya, with British and Free French forces holding off a German advance and keeping supply lines open from the port at Tobruk. Meanwhile, Parliament was busy debating further rationing of food and materials for civilians.

From Washington came word on the start of Scrap drives in the U.S. Rubber was the first, with calls for a Congressional investigation of the Tire companies amid rumors of creating artificial shortages to drive up prices. Other reports claimed there was in excess of 10 million tons of scrap rubber, which would be enough to take care of civilian needs, while the rest went to the war effort. The President called for a drive to pick up scrap rubber, just as soon as it was organized.

The recruiting of Women into the WAC’s from the Aircraft Warning Service volunteers was scheduled to start on June 11th.

The FBI along with the FCC raided and shut down some 13 radio stations, operating in the U.S. as clandestine operations alleged to be sending transmissions to enemy agents. The move effectively shut down all communications (save for mail) any enemy agents working in the U.S.had for contact to Tokyo or Berlin.

And that’s a sample of what went on this June 10th in 1942 as reported on The News Of The World.