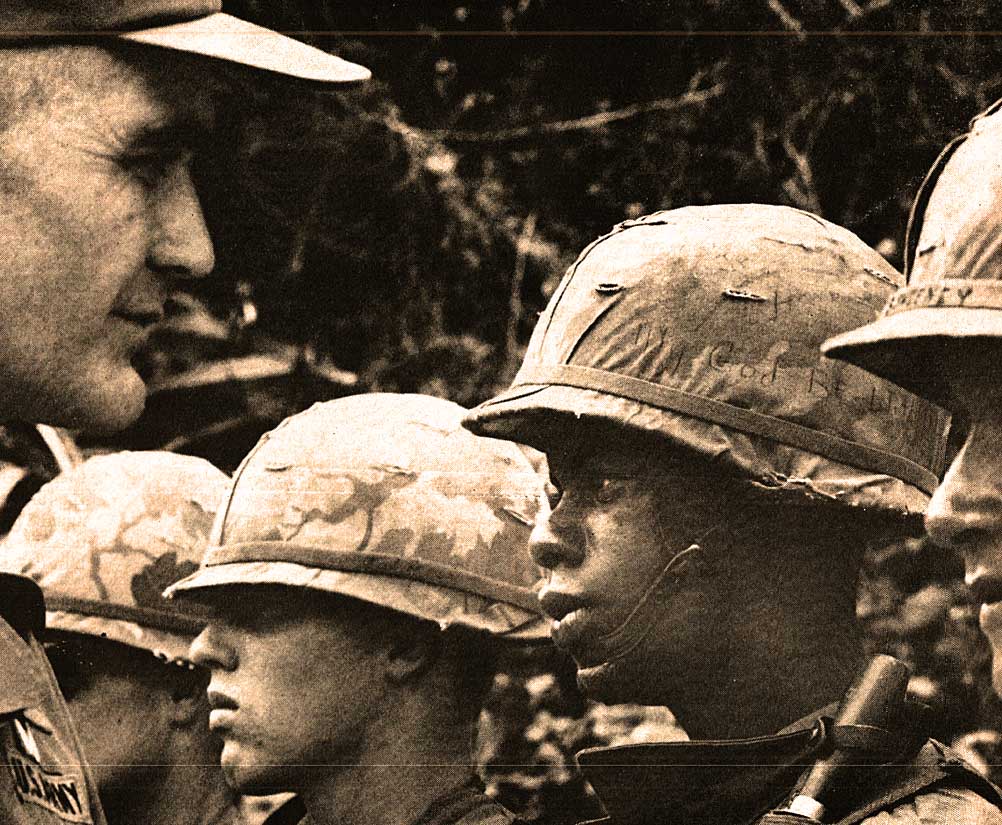 General Westmoreland and members of 101st Airborne. The job of selling the war would become harder as days wore on.

General Westmoreland and members of the 101st Airborne. The job of selling the war would become harder as days and body bags wore on.

In 1966 the groundswell of discontent over U.S. involvement in Vietnam and Southeast Asia was increasing in intensity. Questions were raised as to why we were there in the first place. Sure, we had the “Domino Effect” speech and the worst-case scenario played out on the floor of Congress on an almost daily basis. The threats of Communist domination of Asia and, as you know, a mere stepping stone to the West Coast.

But for all the groundswell of protest against the war, there was still a substantial part of the population very much in favor of the war. And nowhere was it more abundant than on the grounds of West Point, where cadets dutifully trained to assume command positions in the Armed Forces and to lead troops in battle against the VC and North Vietnamese regulars. And most, if not all, were looking forward to the chance.

Bear in mind that, as much as we read and hear about the mass burning of Draft Cards, draft-age students fleeing across the border to Canada and streets filled with demonstrations against the War, the draft boards and recruiting offices had no trouble filling the ranks of the willing in 1966. America was, for the most part, very much convinced it was in the midst of doing the right thing with regards to Vietnam. At least for a while.

It wasn’t until later – not until the following year when cracks began to appear in the facade and stories began to surface, that opinion started the inevitable and irrevocable turn.

So on June 8, 1966 ABC Radio News ran a special program, a News Documentary on the Graduates of West Point, hosted by Ted Koppel. The program is illuminating in that it tries very hard to sell the war; a war that, even in 1966 doubts were starting to form.