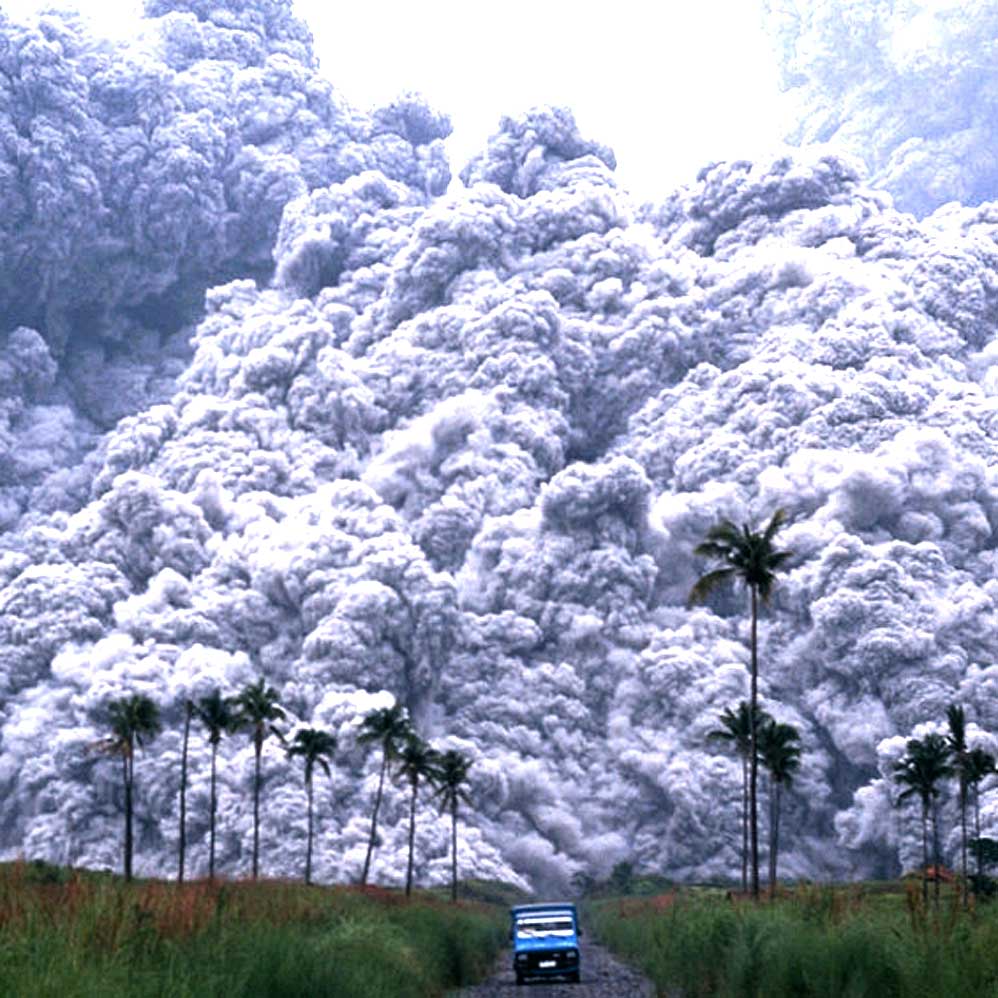 A deluge of rock-filled rain.

A deluge of rock-filled rain.

The last thing anyone expected was an eruption from a volcano thought extinct for some 600 years. But nature has a few surprises here and there, and on this day in 1991, Mt Pinatubo in the Philippines was getting to blow.

Described as “beautiful and terrorizing” the volcano blew, erupting three times, spewing lava and sending an ash cloud some 12 miles in the air. More eruptions were expected in the coming days, but no one knew to what extent the damage would be.

Another volcano was showing signs of erupting, this time in Japan. And to top it all off, Solar flare activity was reported as particularly intense on this June 12th hitting the earth and causing power surges and radio interference.

In Politics – voting in Russia was expected to give reformer Boris Yeltsin new power to confront Mikhail Gorbachev. It was the first time in over a thousand years the Russian public elected their leader democratically. Yeltsin was the odds-on favorite, but it all boiled down to getting 50% of the vote to avoid a run-off election. Hardliners were busy creating smear campaigns against Yeltsin. The horserace was on. Voters were also considering a change from Leningrad back to St. Petersburg.

Back home – General Schwarzkopf was on Capitol Hill to testify over Desert Storm. Regarding questions as to why Coalition forces didn’t go all the way to Baghdad, Schwarzkopf explained he was fighting the war in a tactical/intelligence void and was glad President Bush ended the war when he did. He also went on to disclose the forces were starting to run short on crucial supplies.

Meanwhile, UN President Perez de Cuellar recommended setting up camps in Southern Iraq, similar to the camps set up for Kurdish refugees in the north. Iranian reports claimed Iraq was gearing up to massacre Shiites trapped in Southern Iraq. The Pentagon and State Departments were playing down the claims.

And that’s a little of what happened on this June 12th in 1991, as reported by The CBS World News Roundup.