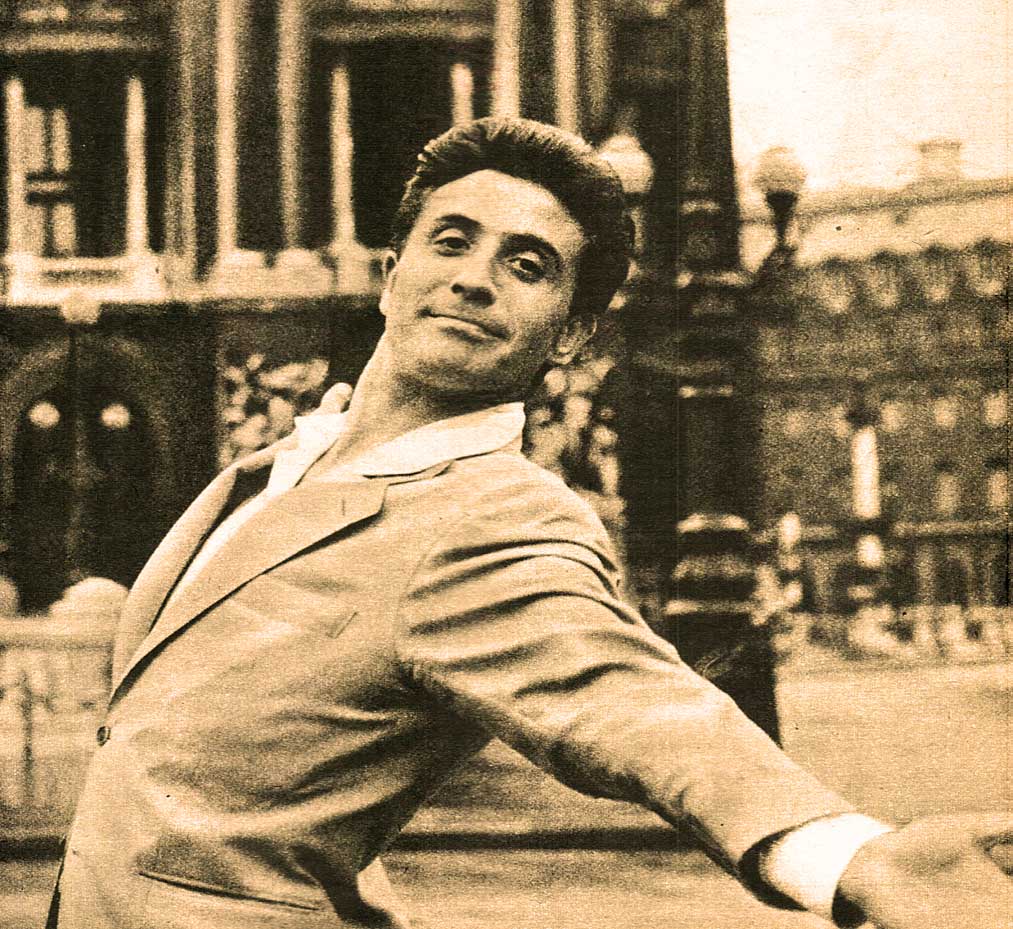 On the off-chance you might not be in the mood to get your mind blown via Papir and our Nights At The Roundtable feature tonight, I have decided to offer something completely different – totally low-key – downright bucolic.

The legendary French singer-songwriter/actor Gilbert Becaud, known affectionately as “Monsieur 100,000 Volts”, Becaud was one of the most popular and enduring singers France has ever offered, and his stature as one of the Great Singers of French Pop Music was acknowledged all over the world.

Tonight it’s a ballad, Pauvre Pecheur, which Becaud recorded for French EMI in 1955. Technically not really putting it in the shellac category, but still offered, as many pop records were at the time on 78 rpm. The recording on this post is the original 78 release.

Becaud had a long a very fruitful career before his death in 2001 and this is only one of the many hundreds of recordings he made during his fifty years of recording.