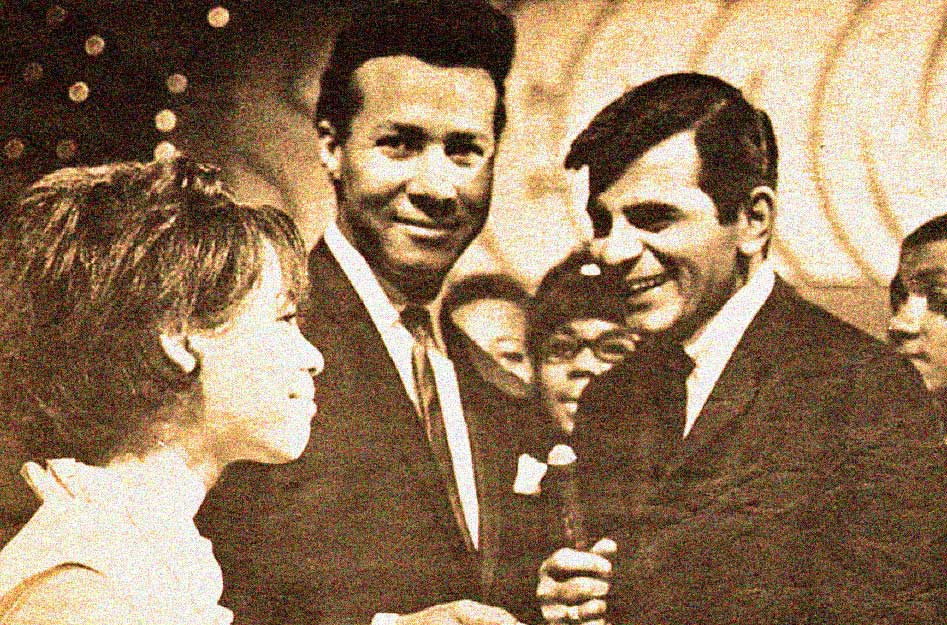 Casey Kasem - during his Shebang period (w/Jewel Akens) - he was everywhere and everybody.

Casey Kasem – during his Shebang period (w/Jewel Akens) – he was everywhere and everybody.

Before Scooby-Doo, before Americas Top-40, before The Voice of NBC, Casey Kasem was one of that group of Disc-Jockeys teenage America in the 60s turned to for words and comfort during some pretty haywire times.

Not one of the huge, blasting personalities so much a part of Top-40 radio during those days, Casey Kasem was characterized as everyone’s go-to guy, the buddy – the guy who spent time with his ear to the ground, coming back and turning you on to new music; letting you know everything was okay. And if it wasn’t, it would be.

He was one of that generation of Disc Jockeys who did much to instill a love of music and an interest in discovering what was out there for everyone who listened in. It was during a time when, as was the case with any good record store, guys like Casey Kasem were the ones who put a lot of their own taste in music into what they did. And for that, it became a friendship and an admiration – and best of all, a trust.

So hearing the sad news this morning of the passing of the legendary Casey Kasem, I wasn’t thinking about the on-going silliness with families and tossed hamburger and accusations. In the scheme of things, that stuff means nothing and only temporarily clouds what was one of the Voices of a Generation.

So as a tribute and a reminder of just how much of a brilliant talent and much loved personality he was before it all got commercial and complicated, here is a half-hour snippet of Casey Kasem, during his stint in the Bay Area of San Francisco, when he was working for KEWB in 1962.

One of the telling signs of the popularity of people like Casey Kasem is the fact that, during the late 1950s all the way through the 60s, kids armed with tape recorders would faithfully tape hours and hours of Top-40 radio for posterity. However crude or sophisticated these recordings were, they were touchstones of an influential period of time – a time when a radio personality was someone you considered a confidant, your Sherpa, your buddy.

And Casey Kasem was all of those.

Rest in Peace Casey Kasem – at the end of every show you always told us to reach for the stars.

We did, and we’re glad. And we’re grateful there was you.