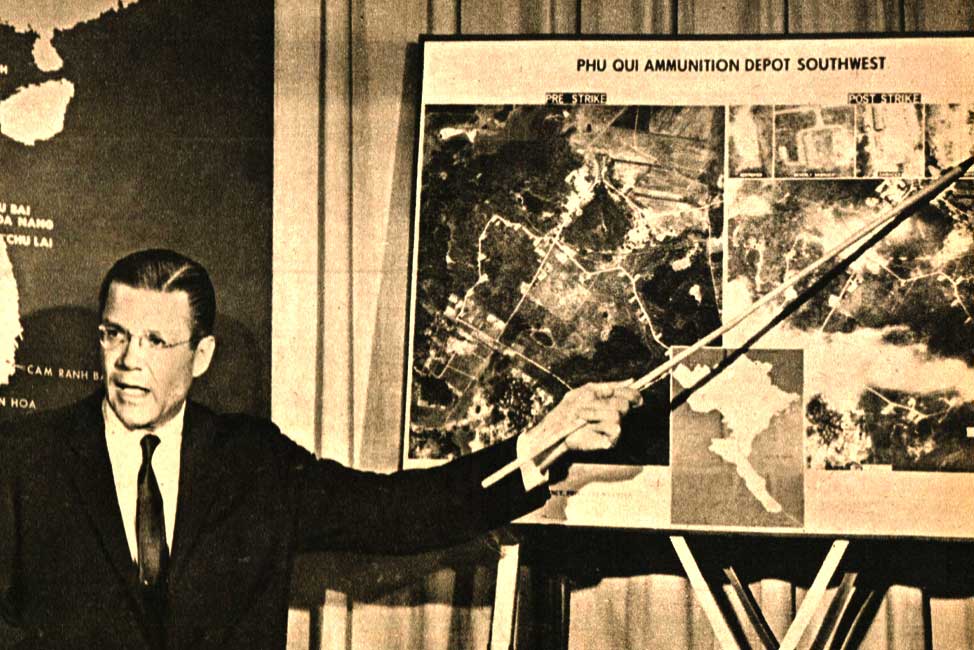 Briefings like these were starting to become a regular occurrence during the Vietnam War. Bolstering confidence, pushing an agenda, pleading a case – it became a weekly ritual. Along with casualty reports and that sinking feeling it was all circling down the drain with no end in sight, no light at the end of any tunnel.

And on this June 16th in 1965 it was no different. During a regular press briefing, Secretary of Defense Robert McNamara outlined a new set of plans and a new set of uses for troop deployment. And assurances we were winning, assurances we were fighting a “new kind of war” against an old kind of people, with the introduction of The Air Mobile Division. The purpose, according to McNamara was to meet all kinds of threats by utilizing four times the number of aircraft as support for ground troops. The aircraft would be used to move troops from one point to another, meeting the crisis more quickly than before. McNamara suggested the Air Mobil Division idea be utilized with more units in the field. The upshot was the ability to transfer wounded from the battlefield to the Aid station much faster than before, increasing the chances for wounded survival in the long run.

All this could mean only one thing – an increase in draft quotas and a sign we were going to be in Vietnam for a good long while.

And no matter how pretty they made the pill, it was still a bitter one to swallow.

But in 1965 we were still getting used to all of it, and most of the country was in favor of a War in Vietnam.

Here is that News Conference from The Defense Department from June 16, 1965.