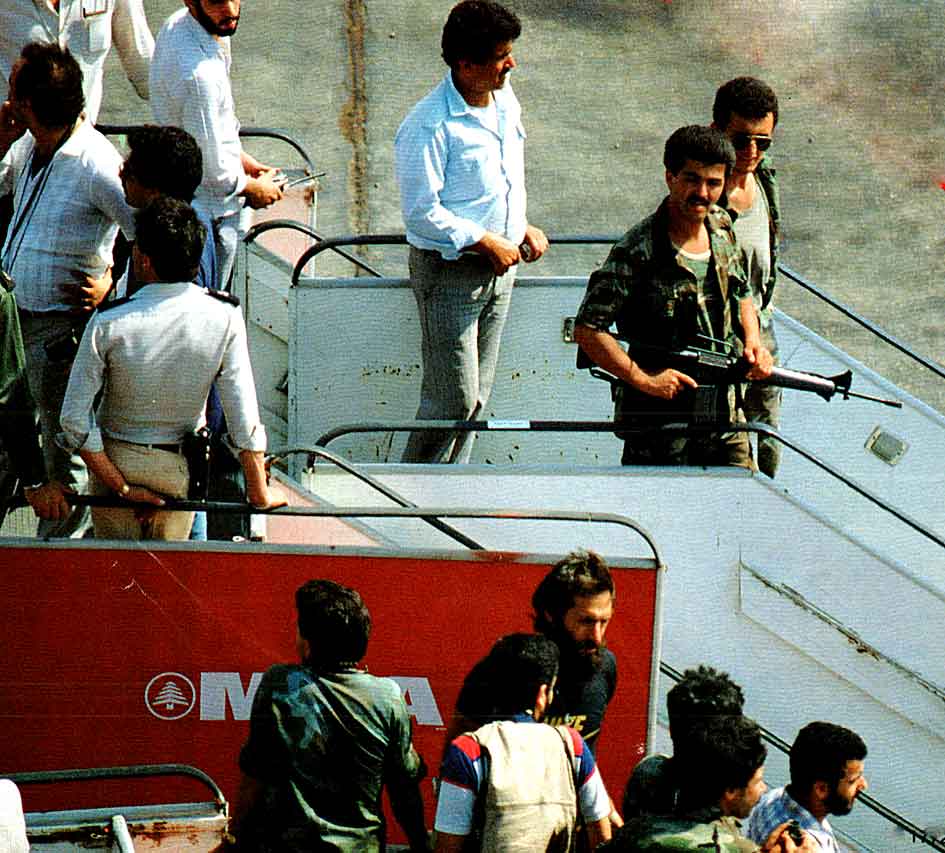 Something about guns and airplanes.

Something about guns and airplanes.

News for this day, at least as far as the U.S. was concerned, centered around a hostage drama unfolding at Beirut Airport. Members of a Shi’ite Militia group, armed to the teeth, hijacked TWA flight 847 on its way from Cairo to San Diego, killing one passenger and issuing a list of demands Washington considered impossible. As the drama unfolded, attempts at negotiating with the hijackers via Shi-ite Militia leader Nabih Berri were stalling and President Reagan refused any comment. White House spokesman Larry Speakes said Berri was the key in ending the hijacking, since the hijackers list of pre-conditions for any release were non-starters. Speakes did indicate Israel held out the possibility of releasing Shi’ite prisoners in their possession as a bargaining chip. Meanwhile, news surfaced of the passenger the hijackers killed as being Robert Stethem, a Navy Seal singled out for his military passport. An Australian passenger, released by the hijackers some days earlier, described the ordeal and his eventual murder. The fate of the rest of the passengers could go either way.

All that was left was the waiting.

But there was other news for this June 17th in 1985. News of Space Shuttle Discovery orbiting the earth after a flawless launch from Cape Kennedy. Five Americans, a Saudi Prince and a French Scientist were aboard this week-long mission.

And examinations were continuing on the remains believed to be that of Nazi War Criminal Joseph Mengele in Sao Paulo Brazil. Officials had re-opened the grave in order to conduct further investigations, but the team of American, West German and Israeli experts were certain it was Doctor Death they were looking at.

And that’s how this chaotic day rolled, this June 17th in 1985 as reported by CBS Radio News.