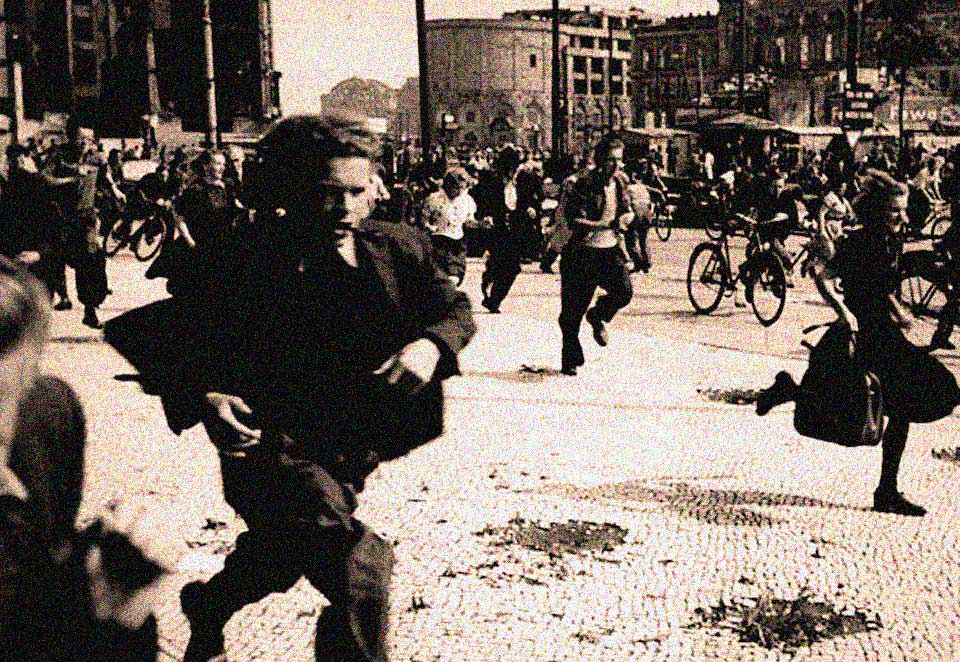 So much for happy East Berliners.

So much for happy East Berliners.

With last minute appeals for clemency sent to the Supreme Court over the case of Julius and Ethel Rosenberg, convicted of espionage in allegedly passing Atomic secrets to the Russians caused a brief sigh of relief. They were scheduled to die in the electric chair some 10 hours after the time scheduled for the Supreme Court to meet. Supreme Court Justice William O. Douglas granted an indefinite stay of execution based on trying the case on a 1917 law regarding espionage rather than a 1946 law regarding Atomic Secrets. However, Douglas did not rule on the guilt or innocence of the Rosenbergs, just a substantial legal question that had not been brought any court before. The ruling caused Attorney General Brownell to call it an unprecedented action and called for the Supreme Court to reconvene, after it had been adjourned for the Summer, to void the stay of execution brought about by Justice Douglas. The court agreed to reconvene on noon the following day.

Meanwhile, the Chinese Communist Radio reported Red-Chinese officers and U.S. officers have agreed to a ceasefire line in Korea. It meant the last step before signing an armistice ending the Korean War. And aside from a few artillery duels, all was quiet along the Korean front.

Not so quiet was East Berlin, where some 50,000 people staged a mass riot. The disturbance prompted President Eisenhower to say it proved the stories about happy people behind the Iron Curtain was something of a misnomer. As of that evening, Soviet troops gained the upper hand and East Berlin was relatively quiet, dark and tense.

Anything but a dull day, this June 17th in 1953 as reported by Charles Collingwood, substituting for a vacationing Edward R. Murrow.